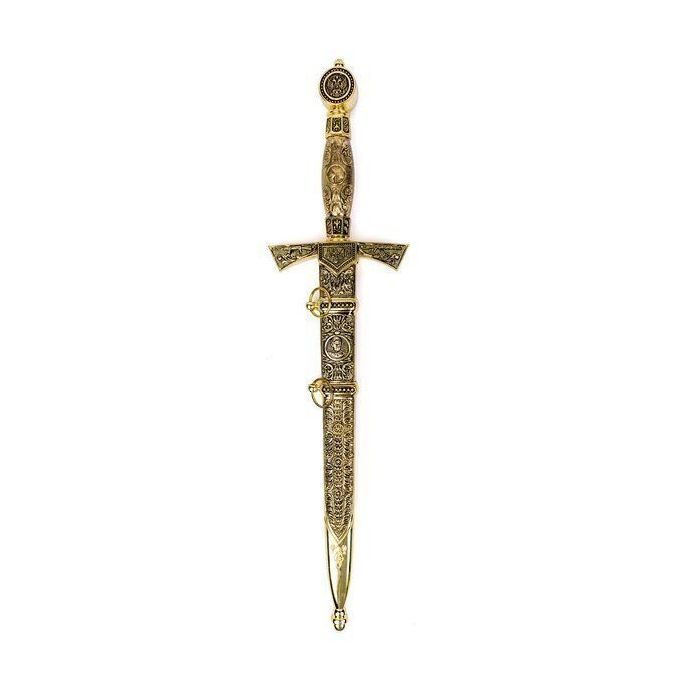 (0)
The AK-47 Khyber Pass Dagger is a new production dagger that is based on the popular Khyber Pass Honor Daggers. In the remote area of the Khyber Pass generations of knife makers have produced daggers like this to honor important tribal leaders, battles, and weapons that influenced their society. Since the Soviet invasion of Afghanistan no item has played a bigger role in life around the Khyber Pass than the AK-47.

Throughout the world there has always been a desire to have important events, people, and places memorialized. In the Western world an example of this would be sports trophies or certificates of achievement. Outside of the West, one of the most popular ways to honor an event is to have a knife maker produce an honor dagger of blade that is adorned with images that pay tribute. In the Khyber Pass region, daggers like this would be how you would honor a great victory or leader, with this dagger honoring the AK-47 rifle.

This reproduction Khyber Pass Dagger is a good example of what a typical Khyber Pass Honor Dagger would look like when produced. While each dagger would be produced individually,they all share a few similar characteristics. First each dagger is going to come with a hand crafted scabbard that would be adorned in a similar pattern to match the dagger. Most scabbards and dagger handles will either be inlaid with gold, brass, or bronze depending upon the level of importance of the item or person being honored with the dagger. Finally all of the daggers produced in the Khyber Pass will have engraving done to the blade to enhance the overall appearance of the dagger. 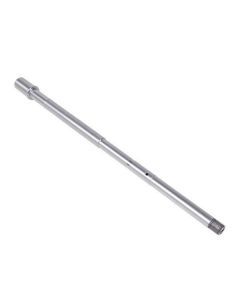 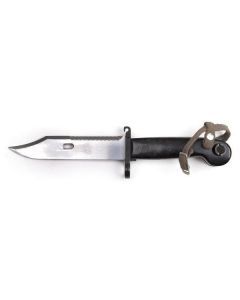