The ArmaLite GEN II AR-10 magazine is an original factory-produced magazine designed for the ArmaLite GEN II AR-10 platform. As such, you should expect nothing but a perfect fit and flawless function in any ArmaLite AR-10. Designed to hold and feed a standard capacity of 20 rounds of either 7.62x51mm NATO or .308 Winchester ammunition to your rifle, these exceptional magazines feature a durable steel construction with a black finish for protection against rust and corrosion. As expected, these magazines represent both the quality and the value that long-time customers have come to expect from ArmaLite. 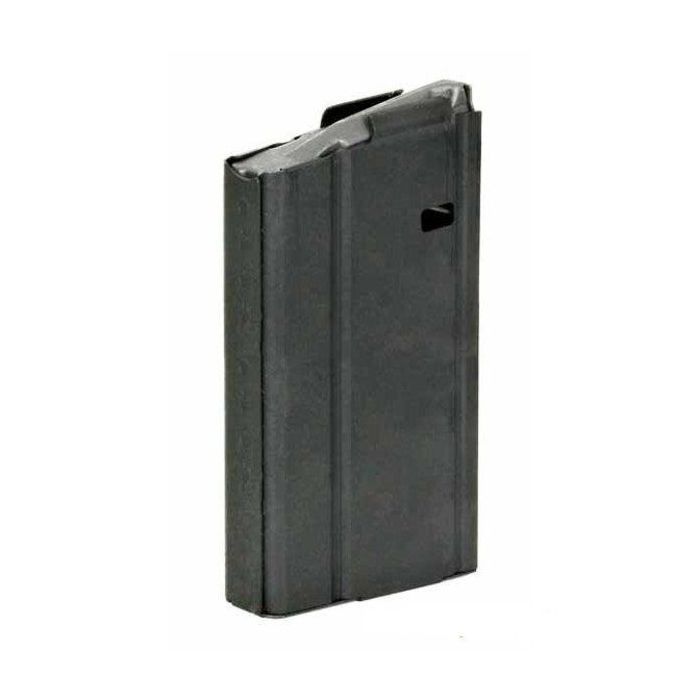 Founded by George Sullivan in the early 1950s, ArmaLite, Inc. is an American small arms engineering company that first garnered attention after being incorporated as a subdivision of the Fairchild Engine and Airplane Corporation. From the company's first design in 1952, the Parasniper, to their modern handgun line, which includes the likes of the AR-24 and the AR-26, the company has maintained its position as an innovative engineering firm known for quality products – despite suffering several notable setbacks along the way. Its biggest successes, the AR-10 and the AR-15, are still among the industry's most popular platforms.

Today, ArmaLite, Inc. thrives under the leadership of Mark Westrom, a former United States Army Ordnance officer, and continues to produce a full line of state-of-the-art firearms, including the venerable AR-10.

As noted, the ArmaLite GEN II AR-10 magazine is an ArmaLite factory-produced magazine that is compatible with AR-10 rifle. The magazine is designed to hold and feed a standard capacity of 20 rounds of either 7.62x51mm NATO or .308 Winchester ammunition. Its durable steel body features a black finish that protects it from rust and other corrosion. Also noteworthy is its impeccable design, which is dramatically smoother than the M14 converted magazines that were once sold alongside AR-10 rifles. Each magazine features a steel follower, a 17-7 pre-hardened steel spring and a bolt stop trip that has been pressed outward to ensure a reduction in spring resistant and an increase in the magazine's tolerance for dust, dirt and debris. As is expected, this magazine benefits from the performance and reliability that has become characteristic of all ArmaLite factory products and is guaranteed to fit and function in your ArmaLite AR-10.

Generally speaking, it is beneficial to seek out original factory magazines like the ArmaLite GEN II AR-10 magazine for your firearms. Original factory magazines are manufactured by the same company to the exact same specifications and tolerances as those that ship with the firearms for which they were designed. They are also made from the same materials, which ensures both fit and function in your firearm.

Reviews 1
Write Your Own Review
We found other products you might like!
Copyright © 2002-present United Defense LLC. All rights reserved.