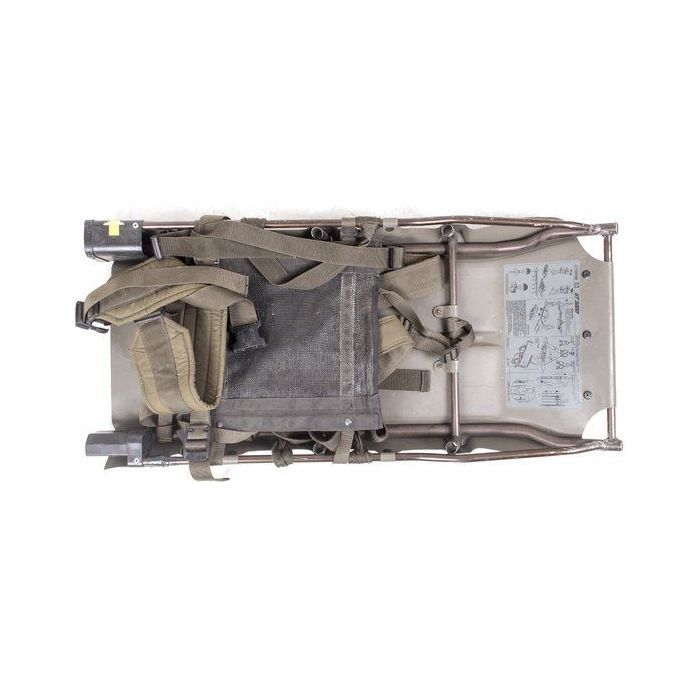 The Austrian Army UT-2000 Half Sled Pack is a current issue NATO rescue sled that was previously issued to soldiers in the Austrian Army. Soldiers would wear the UT-2000 into their area of operations in the Winter where it can quickly be deployed to use as a snow sled to carry equipment on the snow.

Notify me when this product is in stock
SKU AT-UT2000

The Austrian Army UT-2000 Half Sled Pack is a versatile toboggan style sled that has been designed for use by the military and rescue professionals. One UT-2000 can be used to tow equipment on the snow, or two UT-2000 Half Sleds can be connected to make a full sized sled. The versatile functions of the UT-2000 are well documented on the instructional sticker that is found on each sled showing the capabilities which will give you inspiration on how the UT-2000 can be utilized for your own needs.

Overall Rating
I've never seen one before,ever
Review by Paul 12/10/17
This is a great piece of surplus that just is not out there.
This is a must for collectors. The instructions are great and if you needed you could put this to work. Bugging out in a snow storm or sledding with your kid.
These are going to go way up in value very quick. Get one while you can