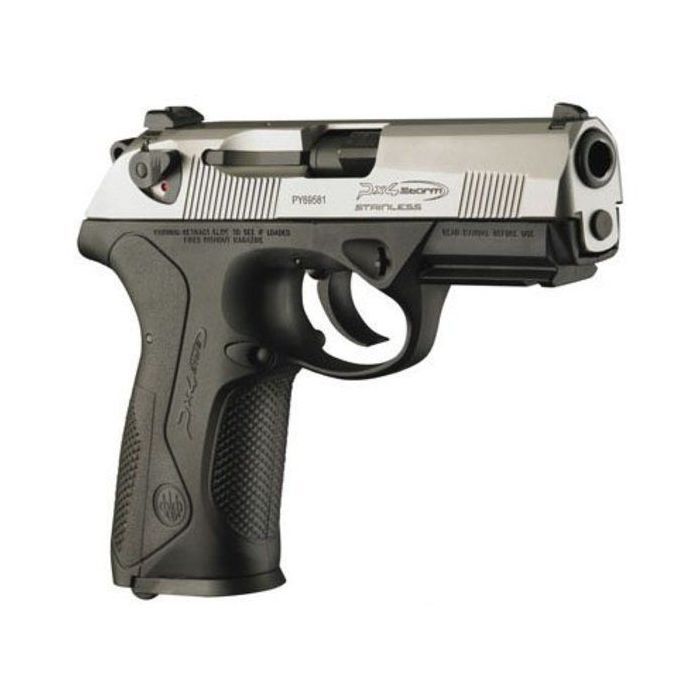 (0)
The Beretta Px4 Storm Inox is a testament to the company's dedication to modern technologies and pleasing aesthetics. The platform combines a smooth double-action/single-action trigger mechanism with form and function for a pistol that offers power, control, performance, reliability and modularity. This polymer-framed, semi-automatic pistol utilizes a short-recoil operation alongside a rotating barrel system and is, as noted, chambered for the .40 S&W cartridge. It ships with two 10-round magazines, three interchangeable backstraps and a plastic carrying case.

Beretta, also known as Fabbrica d'Armi Pietro Beretta, is an Italian arms manufacturer established in 1526, making it the oldest active arms manufacturer today. Also noteworthy, is the fact that the company has remained family-owned since its inception. Beretta is known for its wide range of firearms, which include handguns, rifles, shotguns, submachine guns and much more, each of which find markets with the military, law enforcement and paramilitary agencies and civilians the world over. The company even has an American subsidiary and production facility, Beretta USA, which is stationed just a few miles down the road in Accokeek, Maryland. Today, however, we are concerned with the original plant in Brescia, Italy, as it is there that the full-sized Beretta Px4 Storm is manufactured.

Considering Beretta has been around for more than 450 years, it is probably safe to assume that the company produces a fine product. Having said that, I would still like to take this time to discuss what really makes the Beretta Px4 Storm Inox worth your time.

The Beretta Px4 Storm Inox combines the operating system from the world-famous 92 Series and the rotating barrel system of the lauded 8000 Series with a brand new, ergonomic design that offers power, reliability and versatility of the highest degree. You want power? The Beretta Px4 Storm Inox is chambered for the .40 S&W cartridge, one of the top self-defense cartridges available due in part to its accuracy, moderate recoil and energy advantage over the 9x19mm Parabellum cartridge. Additionally, this pistol provides nearly unmatched versatility. And I am not just talking about the inclusion of a MIL-STD 1913 accessory rail for the attachment of tactical lights and lasers. As noted, the pistol comes with three interchangeable backstraps: one small, one medium and one large. They are designed so that the grip can be better tailored to the hand of the shooter. The magazine release comes in three different sizes and can be mounted on either side of the pistol. Combined with the manual safety and decocker, this provides for a truly ambidextrous pistol. Finally, the slide catch is interchangeable with a smaller version in the event that the pistol will be used for concealed carry.

The Beretta Px4 Storm Inox features a four-inch barrel and an overall length of 7.6 inches. Its chrome-lined barrel provides enhanced protection against rust, corrosion and pitting. A unique rotating barrel system dissipates recoil energy radially, making the amount of recoil the shooter feels almost negligible – a welcome feature considering the pistol is chambered for the snappy .40 S&W cartridge. With its lightweight polymer frame, the pistol weighs in at a mere 27.7 ounces and is extremely manageable by shooters of all skill levels. As noted, the pistol also includes several safety features, one in the form of a manual safety that doubles as a decocking lever. Other features include a fixed, three-dot iron sight system, simple field stripping via a takedown lever and an exclusive bead-blasted stainless steel slide with a satin finish designed for resistance to the elements. As noted, the pistol ships with two 10-round magazines. 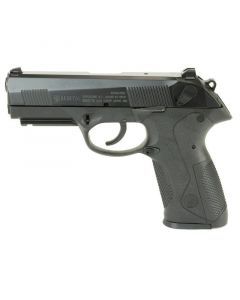 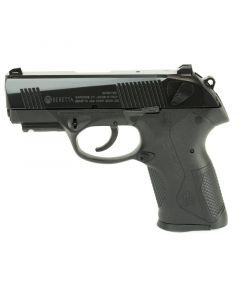 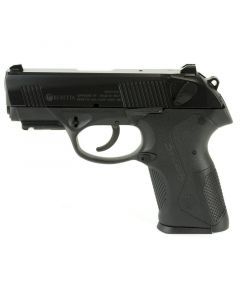 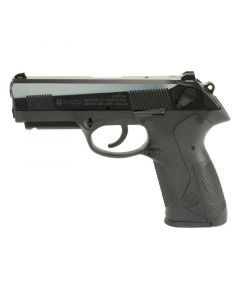