If you plan on building a survival kit without including some of our 550 paracord, you should also plan on being one of the first people to perish when push comes to shove. It is that important. As such, you should take out your wallet and dish out just $9.95 today for 100 feet of 550 paracord, which is available in either black or olive drab. 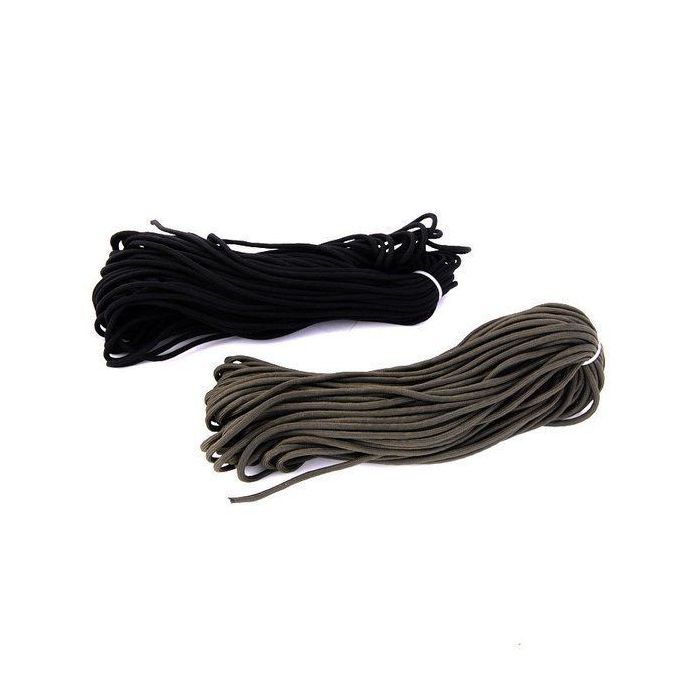 Parachute cord, more commonly known as paracord and sometimes 550 cord, is a type of nylon kermantle rope that was originally designed for and used in suspension lines found in United States parachutes during World War II. Its versatility was quickly realized by paratroopers that discovered their suspension lines served a number of secondary applications.

Kermantle rope is a type of rope characterized by an interior core, known as the kern and an exterior sheath, which is designed to provide an added degree of strength, durability and flexibility. As one would expect, the tensile strength of kermantle rope is derived from the kern whereas the exterior sheath exists primarily to protect the kern from abrasions.

Since its introduction by the military decades ago, paracord has gone on to enjoy wild success on the civilian market, as evidenced by the prevalence of paracord survival bracelets. With virtually limitless applications, paracord is becoming more and more popular as time wears on.

Our 550 paracord is sold in lengths of 100 feet and is available in either black or olive drab. Nominally rated with a minimum breaking strength of 550 pounds, 550 paracord generally contains between 7 to 9 core yarns.

Are you wondering what our 550 paracord can be used for? You should not be. As noted, its applications are virtually limitless. It will make an excellent addition to the packs of anyone that enjoys:

Reviews 13
Write Your Own Review
We found other products you might like!
Copyright © 2002-present United Defense LLC. All rights reserved.