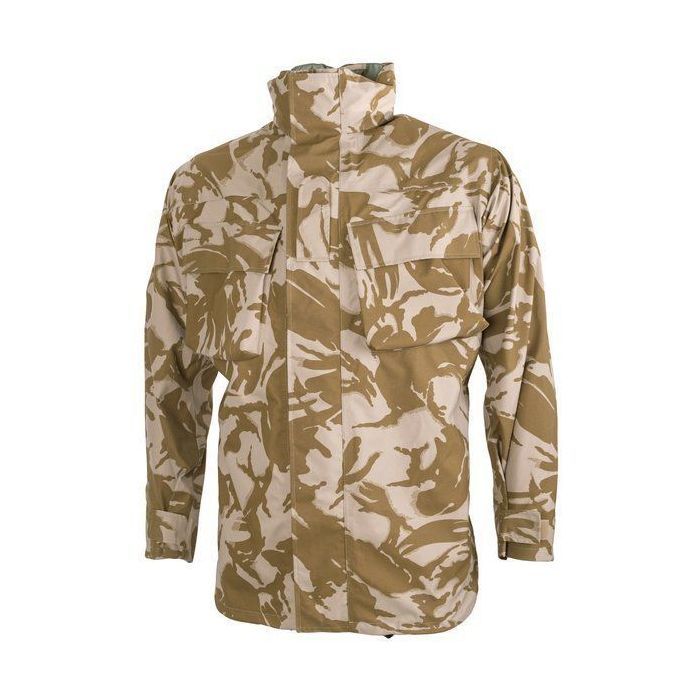 The British Army Desert DPM MVP Combat Jacket is a wind-proof and water-proof jacket currently issued to soldiers in the British Army. Made from MVP material, the performance of these jackets on the battle field is legendary. Having seen service in Iraq and Afghanistan, these jackets were prized by British soldiers and their allies who appreciated how well they fought the elements in combat.

If you have never heard of an MVP jacket, the MVP stands for moisture, vapor, permeable which describes the performance capabilities of the material used to construct the jacket. The jacket will keep out wind and water, but is breathable so that excess sweat and body heat will leave the jacket to allow you to stay warm and dry. There are many types of material that perform similarly, one example being GORE-TEX. The common trait between all of these tri-laminate fabrics is the breathability and water resistance.

Overall Rating
Really nice for the price
Review by Paul 8/21/20
I haven't had a chance to wear it in the rain yet. I got the 2XL size and it seems really nice especially for the price.
Overall Rating
Wow!
Review by Jull 4/19/19
What a great price. This is a great jacket for this time of the year. Keeps me nice and drive riding my bike. Make sure you get the pants too