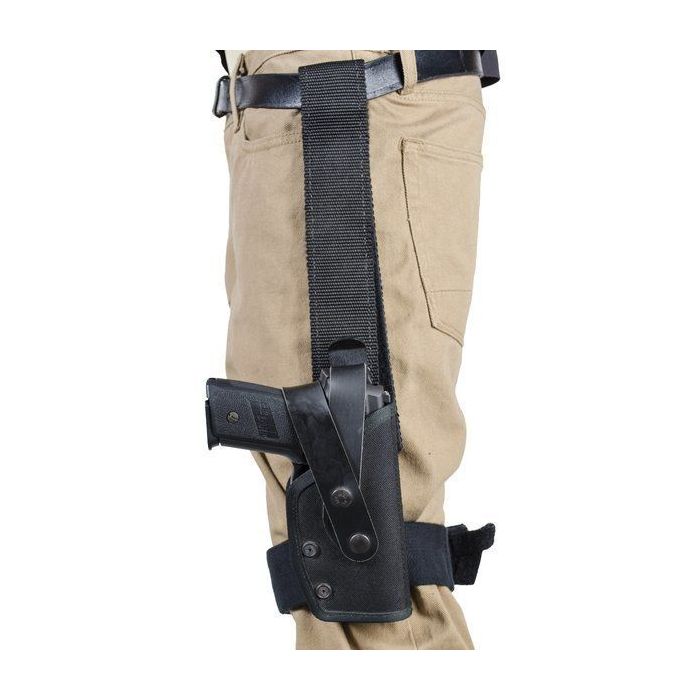 The British Army MP Thigh Holster is an authentic thigh holster that was previously used by military police in the United Kingdom. Originally designed for use with the L9A1, the British Army variant of the Browning Hi Power, these holsters can fit most full-sized semi-automatic pistols.

The British Army has used full sized semi-automatic 9mm pistols since 1954 and continues to do so under their status as a NATO member. With the longest serving pistol in the British Army being the L9A1 - a Browning Hi Power - there has been an effort to modernize the issued sidearm and the support equipment. These UK Army military police thigh holsters are an example of this, with the Ministry of Defense retiring these holsters with the issuance of new Glock 17's to all military police officers.

This thigh holster can be adjusted to your desired height and the leg strap can be as tight or as loose as you prefer. Soldiers who wore this holster while on duty surely appreciated this feature as they could adjust their holster for comfort during long duty hours. The retention system that secures your pistol is the universally known "pull the dot" style closure. Simple, reliable, and comfortable would be the best way to describe these holsters.