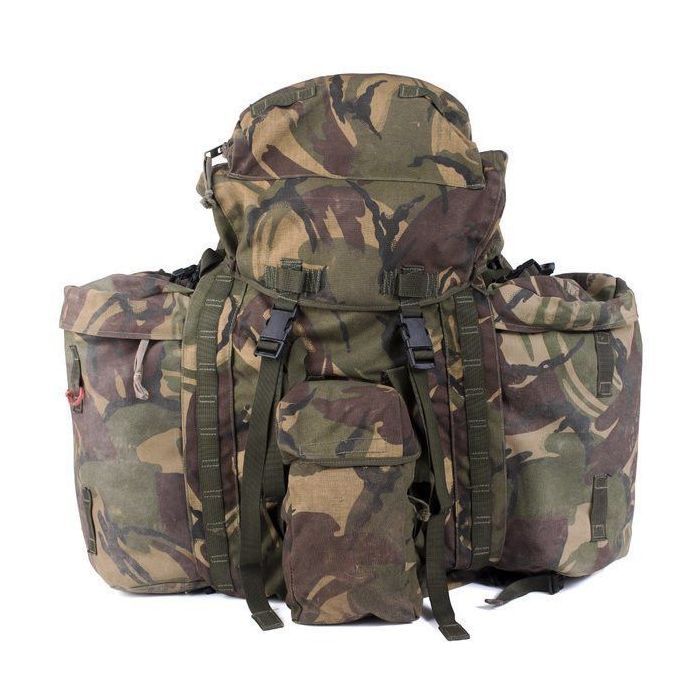 5 1 (1)
The British Army PLCE Infantry Short Rucksack is a highly prized version of the standard PLCE infantry backpack, or as the British say Bergen. This backpack features the same carrying capacity as the long version, it is just shorter and wider giving it the same cargo capacity in a shorter frame. These backpacks have been the workhorse pack of the British Army since they were first fielded and continue to be highly prized by soldiers and civilians.

Please note: Condition may vary! This will include degree of fading and some straps may appear different than pictured. These rucksacks were used by soldiers in the field and combat - none sat in a depot waiting to be used.

Overall Rating
Simple, high quality
Review by cylnt 1/11/19
Verified Buyer
Simple, high quality, rugged rucksack to last a lifetime of hard use. The short model which is intended to ride above a battle belt or lbe system. For that purpose it is excellent however the hip belt straps do wrap much higher than the hips. The main pack were extremely faded and look different from each other.