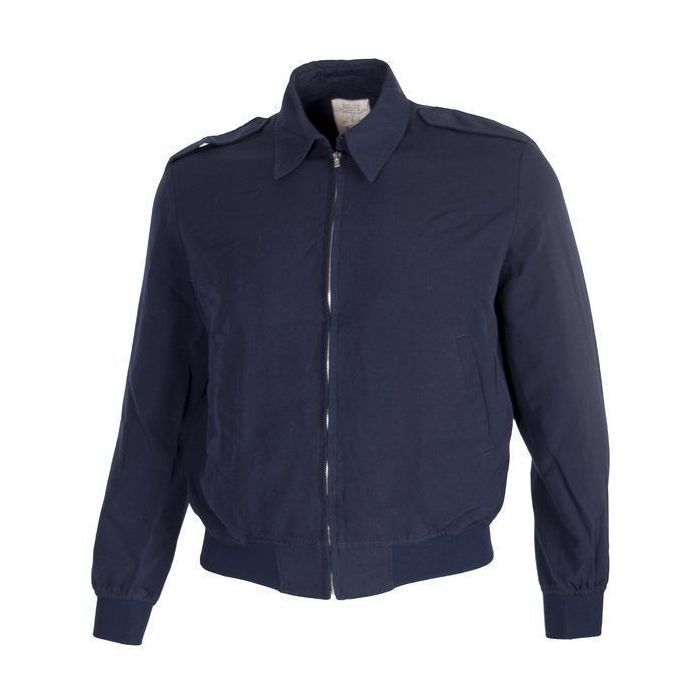 The British Royal Air Force General Purpose Jacket is an authentic jacket from the Royal Air Force. These jackets are the general purpose jacket issued to all crew members in the RAF and are prized for their style and comfort. You will immediately recognize this style of jacket as being commonly known as a flight jacket as once the RAF began issuing these jackets they were quickly adopted by other military air wings.

The British Royal Air Force General Purpose Jacket is an incredibly well made jacket. This light weight general purpose jacket resembles standard flight jackets that have been used for decades in the Royal Air Force. With features that are very familiar to civilian jackets like the use of elastic cuffs and waistband you will find the RAF General Purpose Jacket to be very comfortable and wearable.

Overall Rating
Most Excellent!
Review by Peter 11/13/20
I ordered large and received 44/117 that fit me fashionably tight without being restrictive. Brand New having never been used and in pristine condition. This is more a casual dress jacket rather than a utility jacket you would use for strenuous work, more for flying than driving, and certainty not for bicycling!
Overall Rating
They run small!
Review by Steven 5/25/17
Very nice and well-made, but the cut is odd. The problem is the arm holes, upper arms, and upper back are significantly smaller than typical U.S. jackets. This problem is not restricted to a single jacket or size; I ordered all available sizes, and all are cut the same way. Even the largest size is still quite restrictive. A minor reminder for U.S. customers: the zipper is Euro-style ("backward" for men, "normal" for women)
These are ideal for small-framed folks. Those with large chests and/or upper arms will be happier with something else.