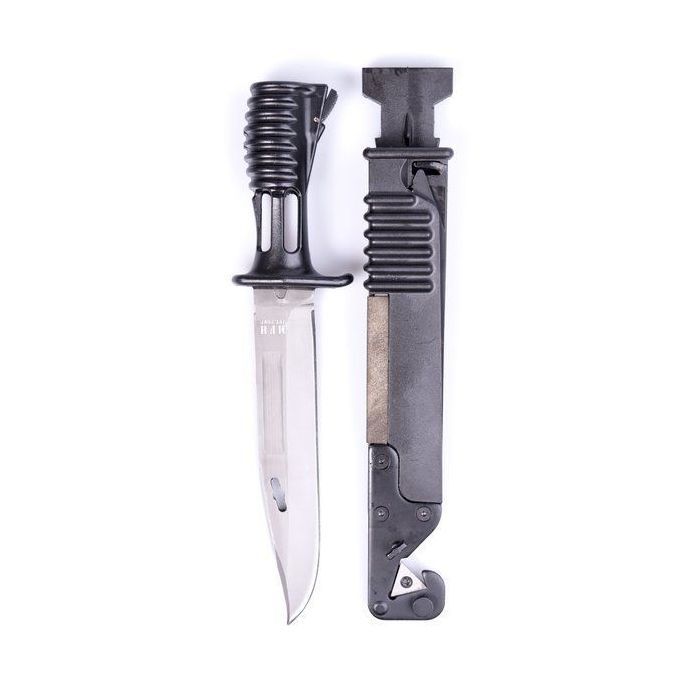 The British SA80 Bayonet is a reproduction of the current issue bayonet for the British SA80 rifle. This reproduction matches each detail of the original to produce a flawless copy of this famous bayonet. Included with each bayonet is the multi-purpose sheath equipped with a saw blade and an original bayonet frog finished in DPM camouflage.

The British SA80 rifle is the standard infantry rifle of the UK Armed Forces. Each SA80 rifle is issued an SA80 Bayonet which can be used as either a bayonet or a combat knife in the field.

With the SA80 bayonet scabbard being equipped with a 6.5" saw blade the usefulness of this bayonet in the field is increased greatly. Included with each scabbard is two sharpening stones to ensure your bayonet stays sharp after each use. The entire SA80 bayonet and scabbard store nicely in the original British Army bayonet frog which is included with each bayonet.

The SA80 Bayonet is unique in the way it was designed. Consisting of a one piece cast design the blade and handle are one solid piece making the SA80 bayonet one of the strongest bayonets ever made.