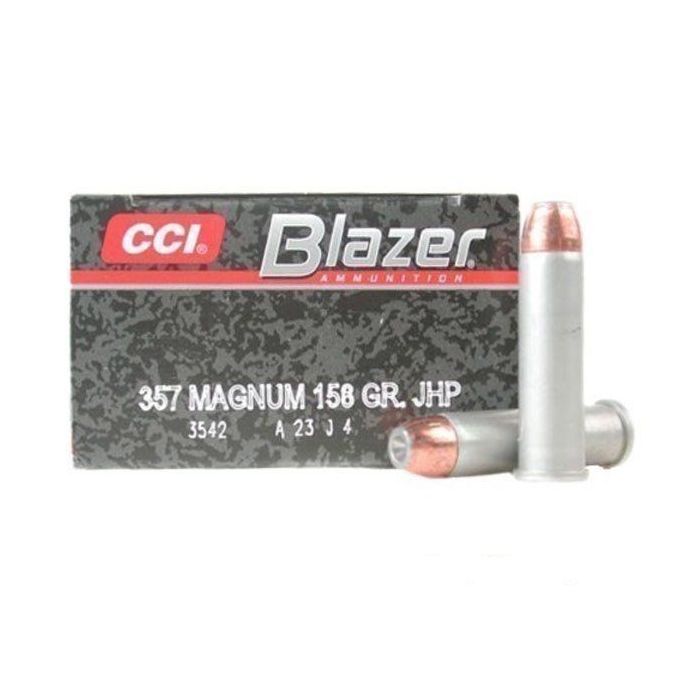 5 2 (2)
Each box of CCI Blazer .357 Magnum ammunition is a product from Cascade Cartridge Inc. Developed as an economy load, this ammunition makes its way from the Blazer brand and is marked by its accuracy, reliability and respectable performance as compared to other leading manufacturers' economy lines. Perfect for plinking, target practice and more, each box contains 50 aircraft-grade aluminum cartridges, each of which contains a 158 gr jacketed hollow point projectile. These non-corrosive cartridges are perfect for use with any platform chambered for the .357 Magnum cartridge, and will ensure that your hobby remains affordable for years to come.

CCI Blazer .357 Magnum ammunition is a product from the company's "Blazer" economy brand. Designed for high-volume shooters and priced accordingly, CCI's Blazer brand of ammunition brings down manufacturing costs by utilizing alternative cartridge cases, which many cite as the most expensive component in ammunition manufacturing. Moreover, the Blazer brand offers variety of rimfire and centerfire handgun loads in several different calibers that utilize Speer bullets and CCI primers to ensure that all shooters can enjoy cheap and affordable yet high-performance shooting.

That said each box of CCI Blazer .357 Magnum ammunition, as noted, contains 50 non-corrosive, aircraft-grade aluminum cartridges. Each cartridge weighs 158 gr and contains a jacketed hollow point projectile, which is specially designed to maximize tissue damage, increase stopping power and offer consistent on-target expansion. This particular load also boasts muzzle velocities that have been observed to travel at speeds of up to 1,150 fps. At 50 yards, a distance well over the typical range for self-defense, the velocity dips slightly to just 1,056 fps. All CCI ammunition is manufactured using premium raw materials and newly manufactured aircraft-grade aluminum cases in the United States at their main manufacturing facility in Lewiston, Idaho. 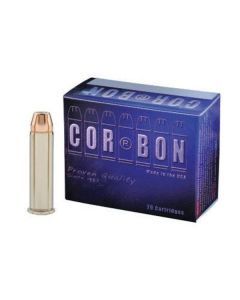 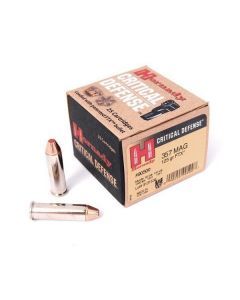