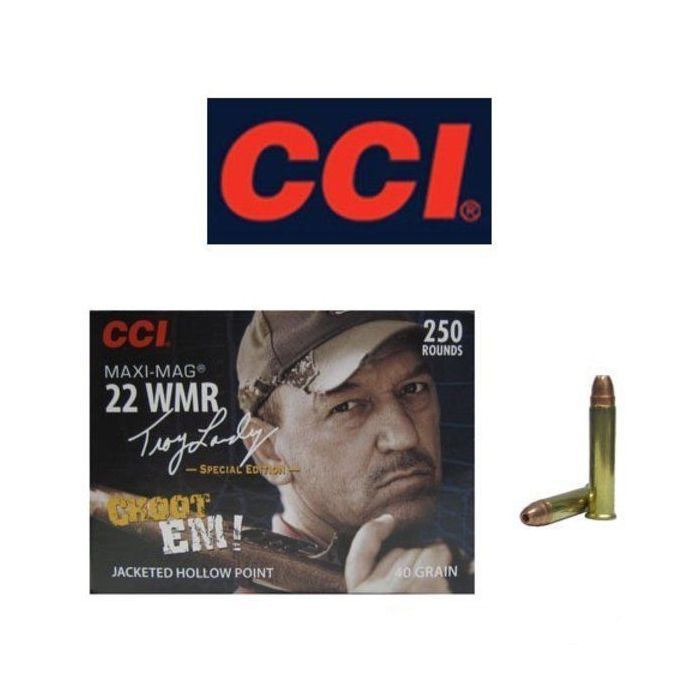 (0)
Developed from the company's famous Maxi-Mag® load, Troy Landry Signature Series .22 WMR ammunition is a product designed for superior terminal ballistics, making it ideal for varmint hunting. And whether you are taking down coyotes or alligators, the 250 rimfire cartridges in this box – each of which contains a 40 gr jacket hollow point projectile – are sure to get the job done.

CCI Troy Landry Signature Series .22 WMR ammunition is a product from the company's extensive line of varmint ammunition. The varmint lineup offers a variety of rimfire loads in several different calibers that utilize the innovative bullet technologies developed by CCI over the course of its storied history. Each product in the varmint line is marked by its consistent high performance, uncanny accuracy and outstanding value – all qualities that make this ammunition a perfect choice to take down any vermin – even alligators.

That said each box of CCI Troy Landry Signature Series .22 WMR ammunition, as noted, contains 250 non-corrosive, brass-cased rimfire cartridges. Each cartridge contains a 40 gr jacketed hollow point projectile, which provides for superior terminal ballistics as well as a respectable muzzle velocities. In fact, this particular load is capable of producing muzzle velocities that have been observed to travel at speeds of up to 1,875 fps. All CCI ammunition is manufactured using premium raw materials and newly manufactured brass cases in the United States at their main manufacturing facility in Lewiston, Idaho.

Grab a box of CCI Troy Landry Signature Series .22 WMR ammunition today for only $47.36 – it is gator tested and Troy Landry approved. 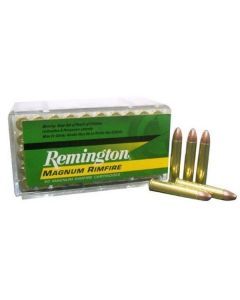