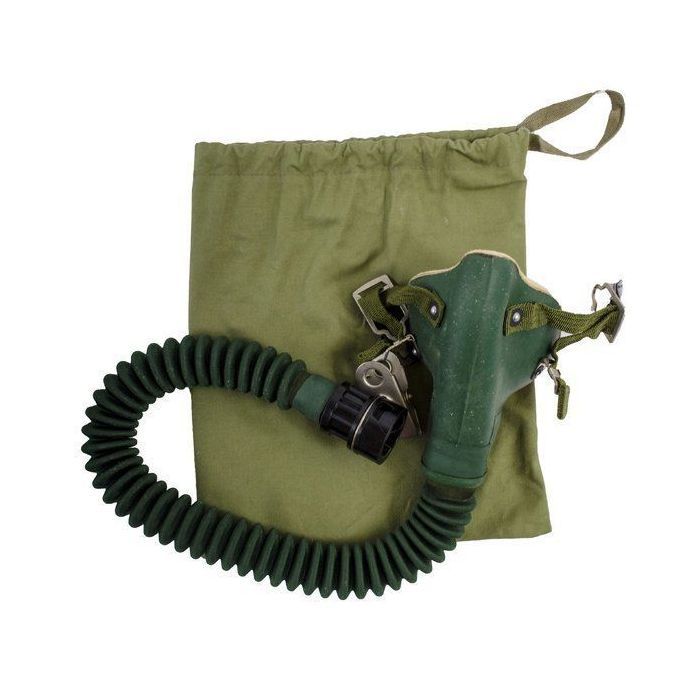 5 1 (1)
The Chinese Army Oxygen Mask is a People's Liberation Army Air Force (PLAAF) produced pressurized oxygen mask for MIG fighter pilots. These oxygen masks are designated model YM6505 and are the first all-Chinese designed oxygen mask. We purchased a large lot of Chinese military surplus and these oxygen masks came to us in their original factory bags and appear to be unissued.

The Chinese Air Force is known as the People's Liberation Army Air Force and was originally founded in 1948. With the Chinese leadership having close ties with the former Soviet Union, much of the Chinese military equipment has roots in Soviet-era designs. During the 1980's the PLAAF underwent a program of modernization, which lead to the introduction of a new pressurized helmet and need for a new oxygen mask for MIG pilots. The oxygen mask that was designed was this mask, the YM6505, and it is still being used today.

Looking for more information on Chinese Military Aviation? Visit the History of Chinese Aviation Flight Helmets and Oxygen Masks which is a great resource. 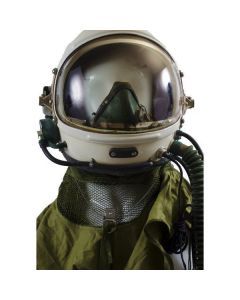 Overall Rating
Authentic Chinese Surplus
Review by Bradley 12/7/16
Verified Buyer
Item I received was as advertised and as shown in picture. Came with bag and pamphelt which was written in Chinese. Does not appear to be a reproduction and I truely believe it is authentic Chinses Military.