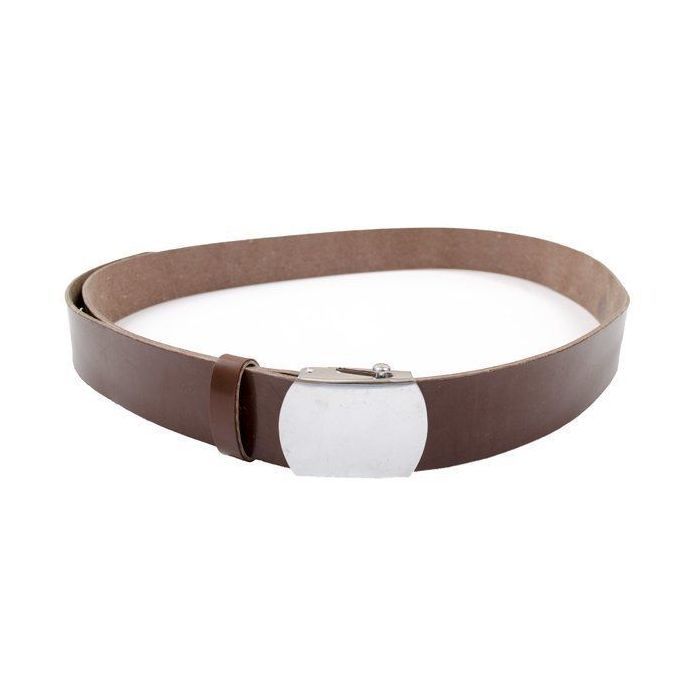 This Chinese Army Thin Leather Dress Belt is a military surplus belt that came from the Chinese army. We have researched this belt and it was the standard issue dress belt for PLA soldiers who were advising the North Vietnamese Army during the Vietnam War.

Notify me when this product is in stock
SKU PLA-TLB

This Chinese Army Dress Belt is from the era where the Viet Nam war was raging and the Chinese were helping their Communist allies fight the South Vietnamese and American Army. We purchased these with a mixed lot of Peoples Liberation Army surplus and found them referenced in a book on North Vietnamese Weapons and Field Gear.

Overall Rating
Not bad!
Review by Greg 6/18/16
I picked this up for a costume accessory and it functions well. The brown color has a touch of red to it and a bit of a gloss. Back is drab by comparison (not that anyone will see it anyway!)