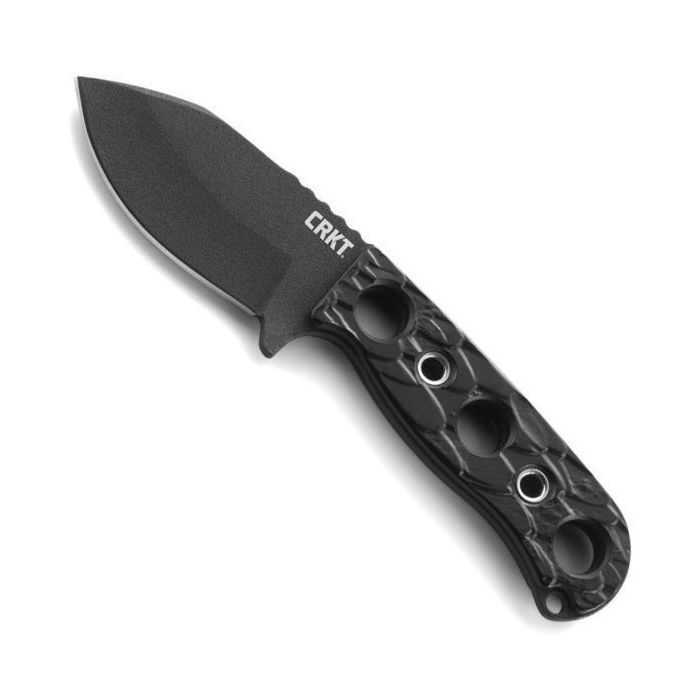 The CRKT Pangolin is a knife designed by Ryan Johnson of RMJ Tactical and licensed for mass production by CRKT. The Pangolin was designed to be a carry knife that would be easily concealed yet quickly accessible. There is no doubt that RMJ Tactical achieved this design criteria, along with producing a knife that is an absolute beast when considering the size to performance ratio.

Notify me when this product is in stock
SKU N2790

CRKT has been working with the world's top knife designers to bring innovative blades to market. The Pangolin is another knife in this successful venture, with this design originating from Ryan Johnson of RMJ Tactical in Tennessee. With the Pangolin, Ryan set out to create his own personal carry knife - and wanted to ensure that it was easy to carry, quickly accessible, and capable of handling serious work.

The Pangolin design starts with the modified drop point blade which you will notice has a corrosion resistant surface. With the handle, your first grasp of the Pangolin will show how ergonomic the design is which will allow you to attack any job and complete it. All together the blade and handle design allow for a short, compact, fixed blade tactical knife that is capable of performing like a knife twice the size would.