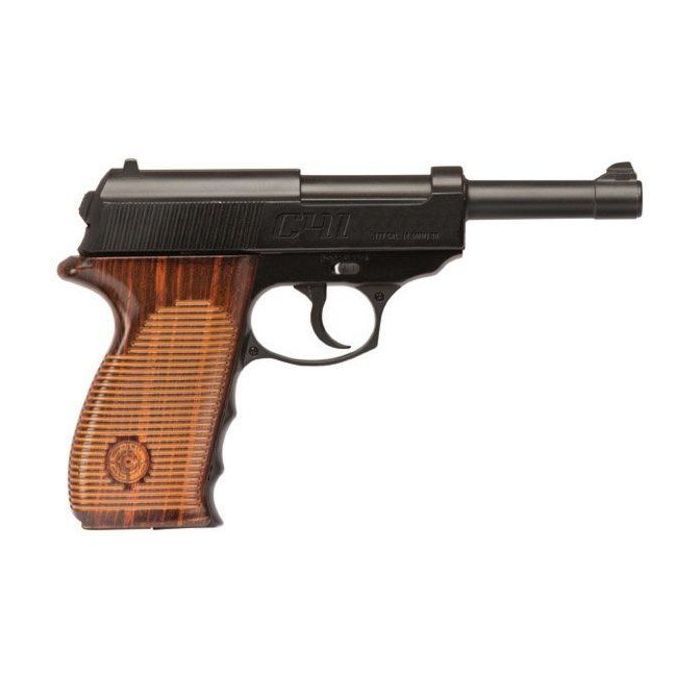 I am a pretty typical guy with a pretty typical life. I get up, eat breakfast and go to work just like everyone else. I have a few hobbies, which you are probably well aware of if you actually take the time to read any of the pieces I write. But when it comes to firearms, I am anything but typical. All of my favorite firearms are the ones that look more like science-fiction death rays than modern sporting or military firearms. Of course, all of these firearms are also expensive and so I own none of them. Perhaps one day I will own one of the many FN carbines that shoot through my dreams. I do not care how expensive 5.7x28mm ammunition is, just give me a P90 and I will destroy any extraterrestrial outer space has to offer. Just kidding guys, please do not invade Earth.

Before going any further, I want to make the distinction that the Crosman C41 air gun is exactly that, an air gun. It is designed to fire metallic BBs and powered by 12-gram CO2 cartridges. This is different from an airsoft gun, which is designed to fire non-metallic, plastic projectiles of a different caliber and is typically powered by a spring or an electric motor. And with that, let us learn a little more about the Crosman C41 and the Walther P38 it emulates.

As noted, the Walther P38 served as the replacement for the Luger P08 as the official service pistol of the Wehrmacht in 1938. The P38 is a semi-automatic pistol that utilizes a short-recoil operation and is chambered in 9x19mm Parabellum (9mm Luger). An interesting aspect is its loaded-chamber indicator, which is an excellent safety feature still not found on many pistols to this day. Additionally, it was the first locked-breech pistol to utilize a double-action trigger – just another example of fine German engineering. The popular P1 variant is a postwar model based on the P38 and features an aluminum frame as opposed to the steel-framed originals.

If you are anything like me, you are not capable of throwing around piles of cash for unnecessary items. Unlike the Walther P38, the Crosman C41 air gun requires nothing more than a few of the easier-to-find bills while providing the same look and feel. The overall length of the gun is 6.75 inches, which includes a smooth-bore barrel. Surprisingly, the smooth bore offers an uncanny accuracy that is reminiscent of a rifled bore. It also weighs in at approximately 2 pounds, giving it the weight and feel of an actual pistol. Also featured are the polymer grips, which serve to conceal the 12-gram CO2 cartridge that is housed in the grip. The fixed iron sights offer impeccable aiming while the slide safety offers an extra security option. Included with every order is one 18-shot BB magazine designed to hold .177-caliber (4.5mm) metallic BBs. Crosman recommends the use of Copperhead BBs.

Whether you are a fan of air guns or a fan of the Walther P38, the Crosman C41 air gun is an affordable alternative that looks to become a must-have for every air gun collector, firearm collector and shooting enthusiast the world over. You may consider it for:

Overall Rating
Friend bought this
Review by Josh 7/28/12
My friend bought this and we put this thing through years of abuse without it breaking, its just built like a tank and you can feel how highqualty the metal and wood are
Overall Rating
crossman quality keepshooting service
Review by ken 4/23/12
recieved today fantastic just as in your review and on youtube great shooter and collector piece just like p38 great wt. feel like the real firearm thank you k.