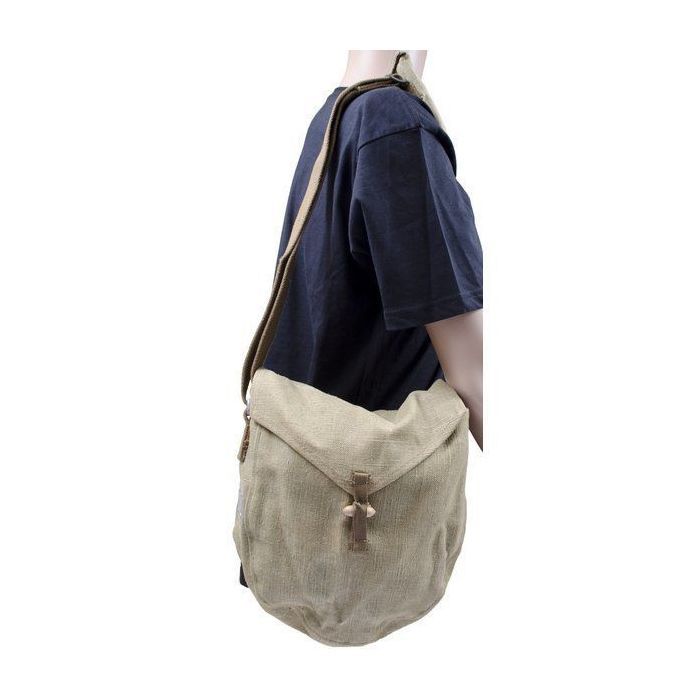 These are authentic Chinese Army DP-28/DPM Drum Pouches. We found these in a lot of mixed Chinese surplus, and realized immediately we had to have them. They are designed to hold the DP-28 47-round 7.62x54R drum magazine, with most pouches being the two-drum version. Each pouch is in excellent condition and has Chinese markings on the closure flap to describe what the use of this pouch was in the People's Liberation Army.

Notify me when this product is in stock
SKU DP28DP

The Chinese Army fielded virtually every weapon that the USSR used, including the iconic DP-28 machine gun. As you would expect, with the fielding of the USSR machine guns the Chinese Army also issued field and support gear for each weapon based on the Soviet original. This is why you're able to purchase this Chinese made DP-28 drum pouch. 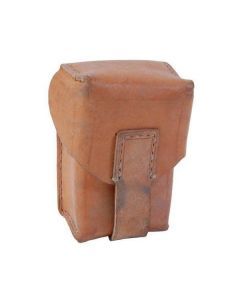 Overall Rating
A lot smaller than the photo shown
Review by David 2/21/16
Heavy duty quality, but wish it was bigger (as shown in the photo). I am using it as a camera bag.
Overall Rating
Awesome!
Review by Huggy Bear 1/12/14
I'm not sure which Communist Bloc country manufactured these, but they are high quality. Initially made to hold the 47 round pan magazines (called 'records' by the commies), these who are the style used by the Red Army in World War Two. These would be great for reenactors who portray WWII, Korea and Vietnam. For everyone else, the DP-28 sack makes a great all-purpose bag.