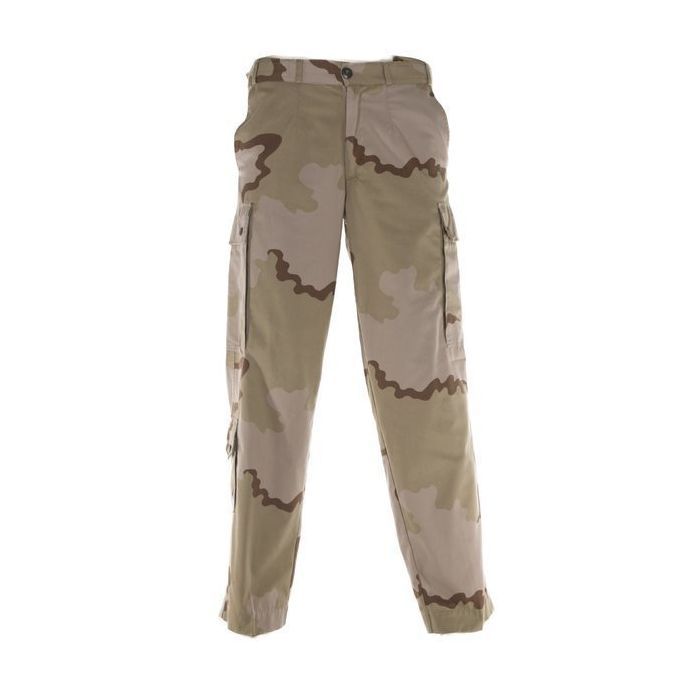 The Dutch Army has been a member of NATO since the formation of the alliance. Far from being just a NATO member, the Dutch have fought alongside the American army in virtually every war as allies. What this has resulted in is the Dutch Army has many times adopted US military pattern camouflage and equipment for use and issuance to their own troops.

The Dutch Army uses a very unique but easy to convert size system for their uniforms. For pants the sizing will be four numbers followed by a slash and then four numbers. For example 7585/7080. The first four set of numbers should be seen as 175 and 185 and are for the height of the soldier, which would be between 175 and 185cm. The second set of four numbers represents the waist, which would be between 70 and 80cm. Using this system of measurement will allow you to select the pair of Desert Camouflage pants that will fit you best.

Overall Rating
Did NOT exceed expectations
Review by Puppemann 11/2/20
Fit OK, but condition was more worn than expected. Visible fading and wear spots, along with some staining. Wouldn't come completely clean even with spot treatment before washing. Velcro seen better days too.
Overall Rating
Exceeded expectations!
Review by Hobo 4/16/19
Bought these to work in the Arkansas heat as a ranch hand. Light weight, durable and a nice surprise with the adjustable waist. Highly recommended.

Side note...customer service is a fast responding team of professionals.