Each box of Federal AE5728A 5.7x28mm ammunition is a product from the Federal Cartridge Company. Developed as a quality option for shooters that enjoy pulling the trigger, this ammunition makes its way from the American Eagle line and is marked by its accuracy, reliability and superior performance as compared to other leading manufacturers' economy lines. Perfect for plinking, target shooting, training exercises and more, each box contains 50 brass-cased cartridges, each of which contains a 40 gr total metal jacket projectile. These non-corrosive cartridges are perfect for use with the P90 platform or any other firearm chambered for the 5.7x28mm cartridge, and will ensure that your hobby remains affordable for years to come. 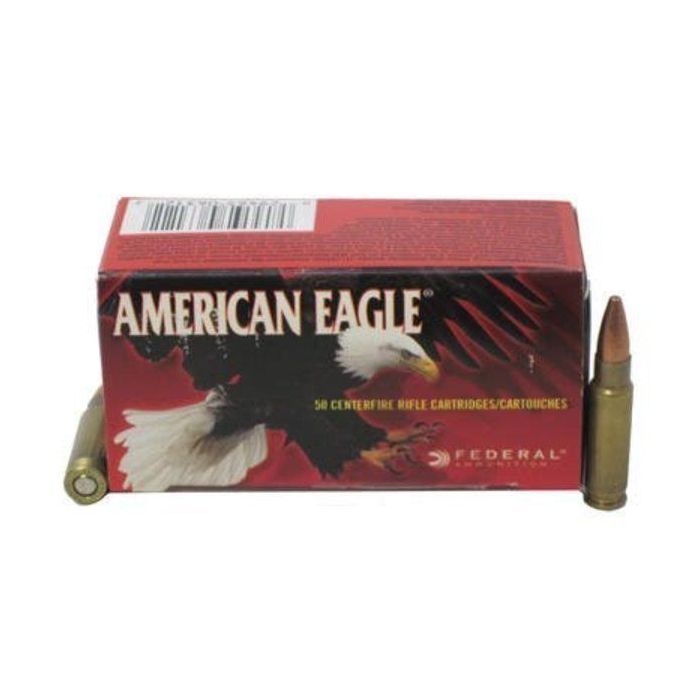 As noted, Federal AE5728A 5.7x28mm ammunition is a product from the Federal Cartridge Company's "American Eagle" line of ammunition. The American Eagle line is marketed as an economy load suitable for precision practice as well as a range of other shooting applications, including various training exercises. Developed specifically for high-volume shooters and priced accordingly, American Eagle ammunition offers positive performance and uncanny accuracy on par with Federal's more expensive brands. And like all Federal ammunition, Federal AE5728A 5.7x28mm ammunition is manufactured at the Lake City Army Ammunition Plant (LCAAP) in Independence, Missouri, which is an interesting aspect of the ammunition in itself. LCAAP is a government-owned, contractor-operated munitions facility that was originally established in 1941 for the manufacture and testing of small arms ammunition for the U.S. Army. Since 2001, it has been operated by Alliant Techsystems and is the largest manufacturer of small arms ammunition for the U.S. Army.

That said each box of Federal AE5728A 5.7x28mm ammunition contains 50 non-corrosive, brass-cased cartridges. As noted, each cartridge contains a 40 gr total metal jacket projectile, which provides for stable external ballistics while yielding high muzzle velocities. In fact, this load is capable of producing muzzle velocities that have been observed to travel at speed of up to 2,250 fps.

All Federal centerfire ammunition is manufactured using fully-reloadable, newly-manufactured brass cases as well as non-corrosive Boxer primers. Additionally, all cartridges are visually inspected for quality assurance purposes prior to leaving the manufacturing plant.

Reviews
Write Your Own Review
We found other products you might like!
More from Federal
Copyright © 2002-present United Defense LLC. All rights reserved.