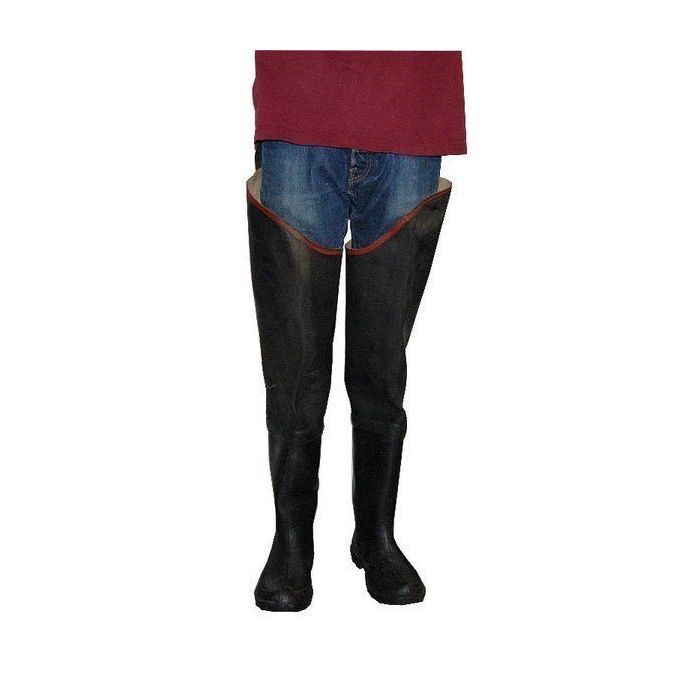 5 1 (1)
Authentic French military surplus and built to last, these French army waders are available in a range of sizes. "Waders" is a term most often used to refer to a type of waterproof boot that extends from the foot to the upper thighs, hips or chest. Waders are believed to have originated as early as the 1850s, originally manufactured by a company called Hodgman. They are traditionally constructed using rubber due to its durability and water resistance.

These waders were originally designed for and used by members of the armée de terre, otherwise known as the "French army," which represents the largest service branch of the French armed forces.Though each pair of French army waders is a military surplus item, issuance is unable to be confirmed. It is likely that these waders have been issued, though each pair remains in great condition with plenty of tread. Moreover, they lack the typical rips, tears and scents that often plague previously issued military surplus equipment. Still, prospective buyers should expect to find some slight wear and tear, but nothing that will affect their usefulness. Those looking for a unique piece of French military history or some new waders to take their fly fishing to the next level are sure to be happy with their purchase.

That said, each pair of French army waders is rather simple, featuring an exterior with a full rubber construction and an interior with a full canvas construction. These waders are designed to extend from the foot to the hip and, as noted, each pair of waders has plenty of tread still intact, which is presented in a zigzagged pattern for maximum. Sizing is as follows, and includes a European size followed by a United States conversion: 39 – 7, 40 – 7 1/2, 41 – 8, 43 – 10, 44 – 10 1/2, 45 – 11, 46 – 12. 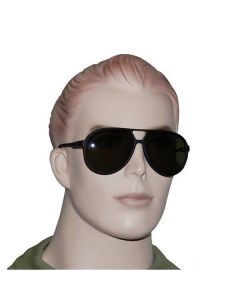 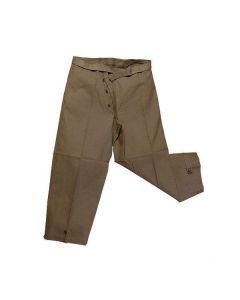 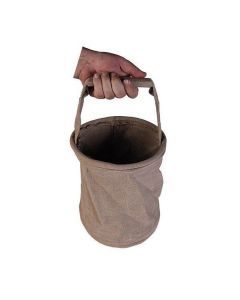 Overall Rating
Excellent quality wader
Review by Micahel 8/30/14
Verified Buyer
These are well constructed rubber on canvas like material. Boots are comfortable. Heavy soles with deep treads. These are not some Asian made feather weights. Made in France. Perfect for muddy rocky shore lines. Waders appear to be not worn but with storage marks. Nothing that soap and water can take care of. Size is true to regular shoe fit. Quality of this grade is hard to find nowadays. Has straps that belt loops into.