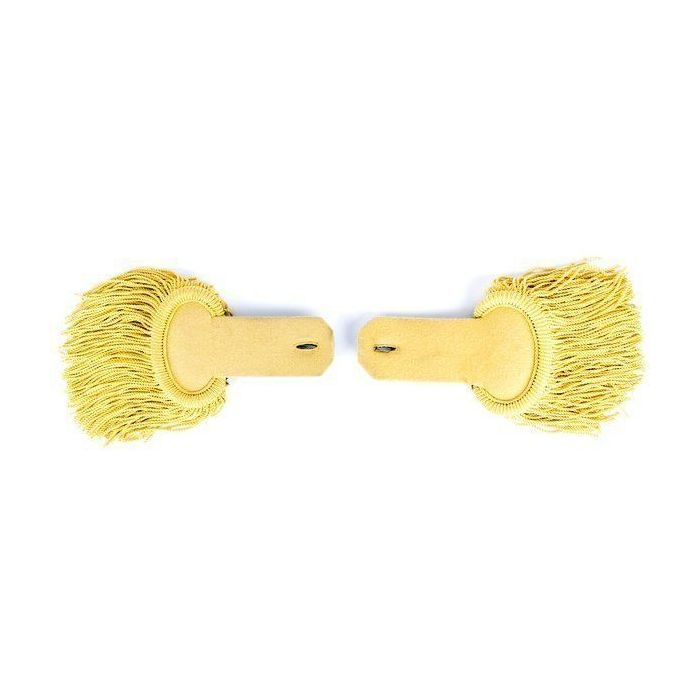 The French Marines are known in France as the Troupes de Marine and have a history dating back to the 1600s. Despite their name normally implying association with the Navy, the French Marines are a division of the French Army. French Marines wear these distinctive Epaulettes on their uniforms during parades, national holidays, or other important events that they are participating in that are ceremonial in nature.

Quality
Price
Value
Awesome!
Review by Ilikeleptons 4/8/17
I bought these for my binge drinking outfit. They're awesome.
Quality
Price
Value
The Real Thing
Review by Robert 12/21/16
I bought these to use on a uniform for a reenactment of a naval battle in 1814. Costume variety epaulettes looked cheap, but these epaulettes are the real thing -- well made, strong, and brand new. While they are not made like those of a previous century (which would have cost several hundred dollars), they are a credible substitute.

These mount on the standard "trench coat" style shoulder tabs.

As with everything I've ever bought at Keep Shooting, the quality is excellent -- a brand you can trust.