HK G3 Hammer – Original Part Made by HK for the G3 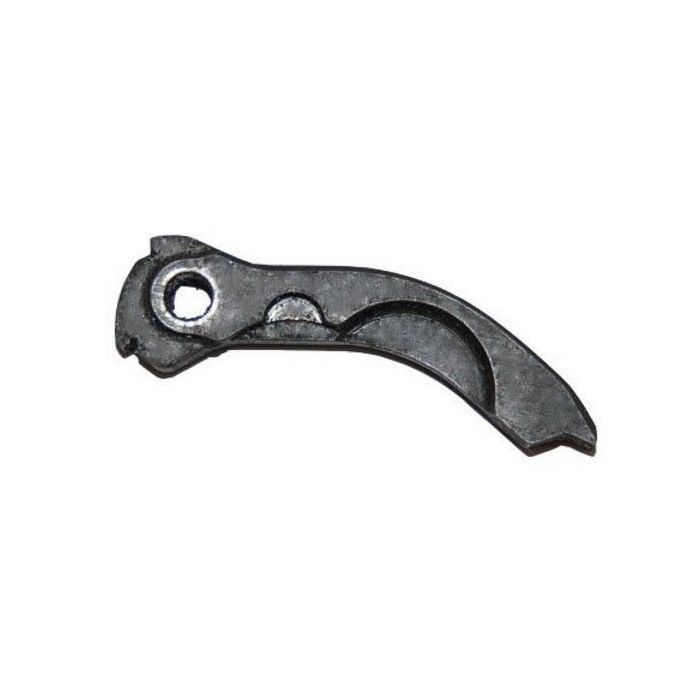 5 3 (3)
In any hammer-fired rifle, as opposed to striker-fired, the hammer is one of the most vital components. Aptly named due to its similarity in both looks and functionality to the common tool, the hammer is responsible for striking the firing pin, which in turn strikes the cartridge primer. Most semi-automatic rifles are hammer-fired. Such is the case with the Heckler & Koch G3.

The G3 hammer is a part housed in the rifle’s trigger pack and allows for the rifle to complete the firing sequence after the trigger has been pulled. It is an original factory part made in Germany by HK.

Spare parts are an important consideration when it comes to firearms. Like any machine, firearms rely on a series of parts to function properly, including hammers. If a part breaks or fails, a repair or replacement is necessary.

Overall Rating
Not a part that wears out much but....
Review by Rich 2/11/13
Verified Buyer
A friend of mine brought his HK 91 over and said he was having problems with his rifle not firing everytime. He knows nothing about these complex works of art so I pulled it apart and as soon as the trigger pack came off I saw a hammer that looked like it had been firing full auto for 50 yrs! It really was wore out like a old camshaft lobe, the top of the arch was wore flat. Suspiciously, the other parts in the pack were fine and there was strange absence of metal shavings. I asked him if he had taken the rifle anywhere for some reason and he said he had taken it to a local gunsmith to make sure it was all in good working order (a checkup) so to say. We figured out pretty fast someone had swapped his hammer with that of a well used and I mean used hard G3. Well, I had the extra hammer I had gotten from here and installed it. From start to finish 2o mins later he had a 91 that was functioning perfectly. The replacement had some finish scuffing but no material wear. We then went to the so called gun smith, tossed the wore out hammer up on the counter and said "Pay your 8 bucks for a surplus hammer like anyone else honest would. He cussed and kicked us out but he knew what he did. He did ask why it was in 2 pieces and I said I cut it on the bandsaw so you wouldn't screw anyone else with it. So, the 8 dollar hammer from KS saved the day.
Overall Rating
If it's used you can't tell
Review by Brian 1/18/13
Verified Buyer
The hammer I received the other day looks brand new. I'm doing a trigger job on my H&K 91 so I wanted a spare just in case. The cheapest price on line also. Thanks Keepshooting.
Overall Rating
Excellent price
Review by Nato 9/4/12
Verified Buyer
This is a G3 part, to stay in BATF compliance the sear notch on the hammer should be ground flat when used in a semi-auto weapon.