These unissued surplus scarves are big, comfy and warm. But what else would you expect from a scarf made from the finest virgin wool fibers in all of Deutschland? Sure, winter's biting cold weather is gone for now, but it will be back. And when it returns, you will be ready because you thought ahead and purchased a German grey wool scarf from Keepshooting.com. 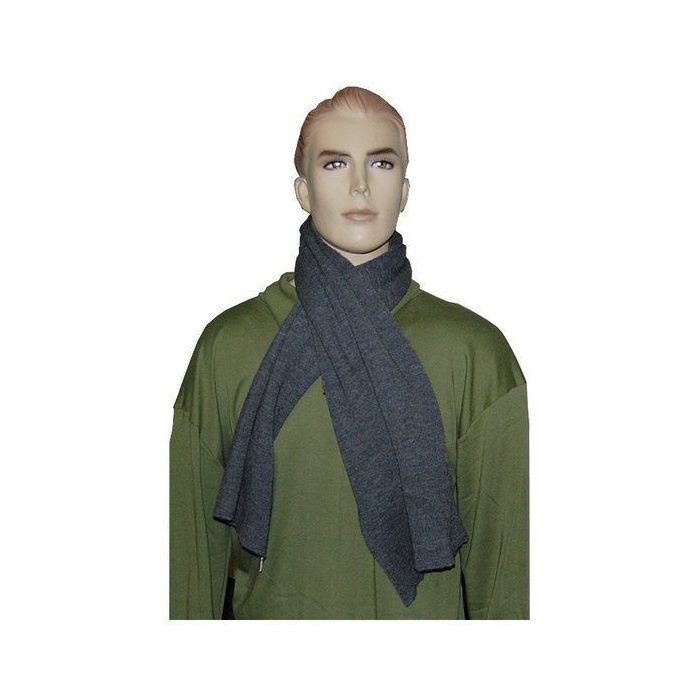 Each German grey wool scarf offered by Keepshooting.com is an authentic piece of German military surplus. These scarves were once pieces of standard-issue equipment and would have been originally designed for and issued to service men and women enlisted in the German heer, or army, which is one of the five service branches that makes up the Bundeswehr, otherwise known as the unified armed forces of Germany.

Despite being considered military surplus, each German grey wool scarf appears to be completely unissued and unused. As such, these scarves remain in excellent condition and are ready to keep you warm on the coldest winter evening.

As noted, each German grey wool scarf is unissued, meaning they are also free from the typical rips, tears and stains that often plague previously issued military surplus equipment. Surprisingly, they even lack that familiar military surplus smell, a quality that stems from what we can only assume was proper storage. Still, prospective buyers should expect to wash each scarf prior to use. Those looking for a unique piece of German military history or a cheap wool scarf that rivals those found on Rodeo Drive.

Featuring a full wool construction, the German grey wool scarf is available in everyone's favorite color, grey. There is not much to be said about this scarf, which measures approximately 57 inches in length and 14 1/2 inches in width, and provides more than enough coverage to keep you warm all winter long.

Reviews 18
Write Your Own Review
We found other products you might like!
Copyright © 2002-present United Defense LLC. All rights reserved.