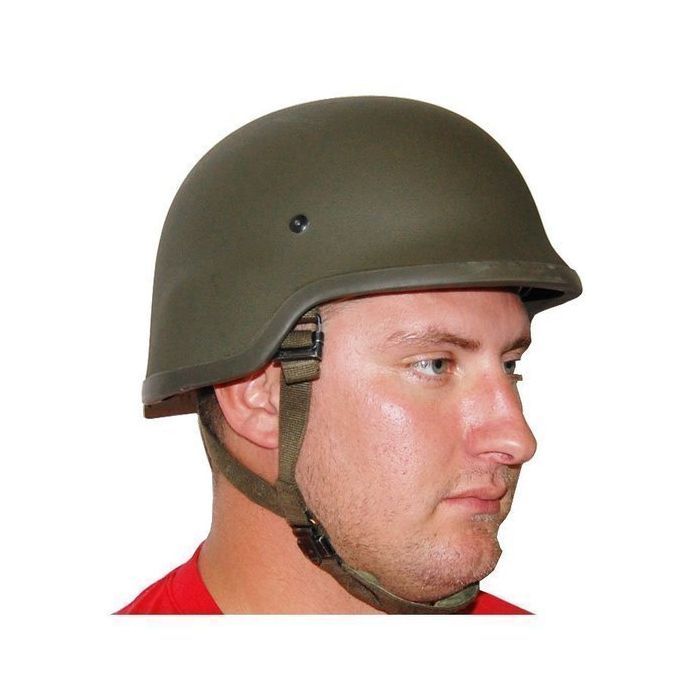 The German Kevlar Helmet, or the Gefechtshelm Schuberth B826, is the current issue combat helmet for the German Armed Forces, or Bundeswehr. As one would guess, it is a type of personal protective armor designed to protect the wearer’s head when engaged in combat operations. These helmets are constructed using Kevlar®, a synthetic fiber typically spun into rope or fabric that is known for its high-tensile strength. These helmets are the real deal. They are like new and available for significantly less than similar American-made helmets.

Notify me when this product is in stock
SKU GKH

The German Kevlar® helmets being offered are unissued military surplus items. They are like new and their quality is ensured. They are issued to the German military but have also found use with the Swiss army, Dutch army, Czech army, and the Estonia Defense Forces.

As mentioned, they are commonly known as the Gefechtshelm Schuberth B826, which not only signifies the manufacturer and model number, but also literally translates from German to “combat helmet.” Schuberth GmbH, a German company that, in addition to personal protective equipment, produces safety helmets for motorcycles and Formula One racers, manufactures these helmets.

The helmet has noted similarities to the Personnel Armor System for Ground Troops (PASGT) helmet used by the American Military for much of the late 20th century through the early years of the 21st century. It is constructed with multiple layers of Kevlar®, a synthetic fiber known for its high-tensile strength-to-weight ratio, making it effectively five times as strong as steel of a comparable weight. The helmet also features an adjustable liner for a “one size fits most” sizing and an adjustable chinstrap with a button for rapid release.

Aside from collectors, there are several great reasons for one to purchase such a helmet, including

Though the helmet is presented in a dark, olive drab, most helmet covers will fit this helmet nicely. We recommend a flecktarn pattern cover for a more authentic German appearance.

Helmets are one of the earliest forms of personal protective equipment on record. It’s true. It is believed that the use of helmets dates back to the 23rd century B.C. and the ancient Akkadians and Sumerians. According to Darthmouth University, helmet use can be traced to the 17th century B.C., where Mycenaean Greeks used them. Their use pops up all throughout history from this period on up through the 17th century, when use was temporarily suspended before continuing through the modern era. As with most things, helmets evolved alongside the weapons from which they were providing protection and as materials and technology became more sophisticated. 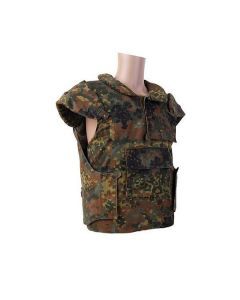 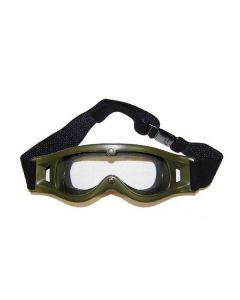 Overall Rating
Excellant buy
Review by Hermit 8/19/14
I bought one of these a couple months ago. Excellent quality and construction. The price is unbeatable compared to similar quality / styled Kevlar helmets. I spent a couple extra bucks and put a french ECE helmet cover on it. I could not be happier with it.
Overall Rating
Excellent brain bucket
Review by Daniel 7/11/14
Helmet came in excellent shape, despite the monkeys at the post office busting the box. Looks to have never been issued and is very clean. There are some storage marks, but overall condition is excellent. The helmet is very light, and has a very good suspension system compared to the PASGT I have. I was concerned about the size since I didn't see a listing, but it fits my large head. I will have to buy another one since my son wants one now.
Overall Rating
Better than PASGT
Review by 53GR 7/2/14
The first year I was in Iraq, I wore the PASGT helmet, which is extremely uncomfortable. The PASGT uses a two-point system, which was obsolete in WWII. The German Kevlar helmet, on the other hand, uses a three-point strap system and has a much more comfortable suspension system. I highly recommend this helmet as a budget brain bucket.
Overall Rating
So cool I can hardly believe 80$ price
Review by Thomas 5/8/14
The one I got looks brand new. The suspension is very good and fit my big fat head with no problem. Its definitely a military grade helmet and has the official German stamps inside. I would highly recommend it if you are on the fence about it.
Overall Rating
Outstanding!
Review by Zachary 5/7/14
I received my German Kevlar in the mail yesterday, and I am really, really impressed. Almost perfect condition, better quality than even the Kevlar I used in the Marine Corps back in the early 2000's. Thank you! I play airsoft, and will be using this during my next game.
Overall Rating
Solid piece, barely used (if at all)
Review by Ian 4/4/14
I have used several Kevlars over the years. This one has perhaps the nicest suspension system I have seen and is relatively light. It does, however, sit a bit too high on the dome for my liking. You can remove the suspension system and trim its "bristles" to lower its seat somewhat but be careful not to strip the screws. Overall a good buy. I am going to buy another for testing with certain small arms rounds.
Overall Rating
More then i Expected
Review by David 2/26/14
What a beautiful piece of armor. Fit my head perfectly right out of the of the box. Chin strap is super easy to adjust and very comfortable. A real deal at $90!
Overall Rating
Great helmet!
Review by Mark 1/23/14
Just had to get one, love it. It's like brand new and fits great.
My wife thinks I am crazy. I think you're crazy to Not want one.
Thanks keep shooting!
Overall Rating
Need another
Review by G 12/11/13
Super nice helmet, light and very comfortable, great product..need to pick up another..
Overall Rating
Nice Price
Review by John 10/30/13
I've seen lower prices, but those were on special sale, the price here beats out just about all other ones. I would recommend a kevlar cover and padding for the inside if you are planning to wear this for an extended period of time.