Our newest item is the German police field jacket. And if you have ever dreamt about taking your place among the feldjager of Germany, then today is sort of your lucky day. Sure, this German military surplus jacket will not magically place you among the elite ranks of the German military police, but at least you can look the part. And you can do so for an astonishingly low price. 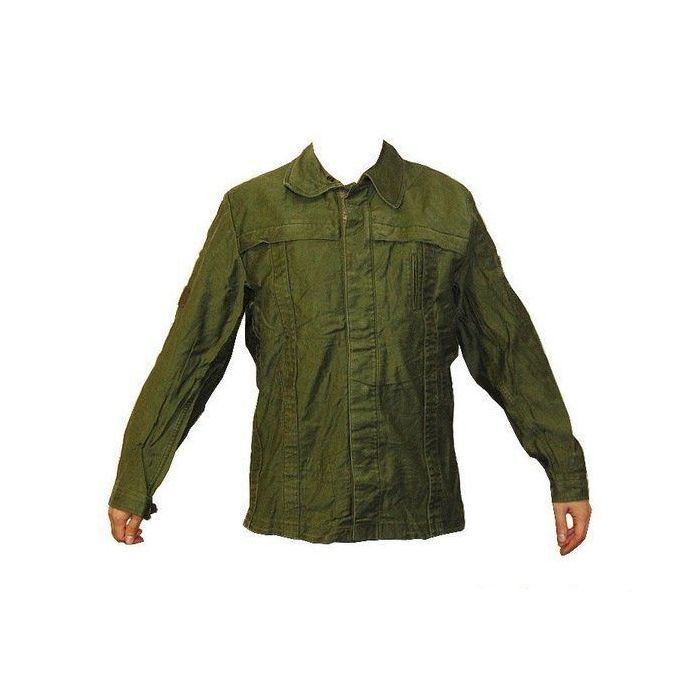 I imagine that filing paperwork in an office setting can get quite chilly under certain circumstances. But that is nothing compared to the freezing temperatures officers may face in the field during the winter season, which was probably one of the deciding factors when designing a new field jacket for German military police forces in the late 20th century. The German police field jacket was originally designed for and used by members of the feldjager, or military police of the German Bundeswehr, known to us Americans as the unified armed forces of Germany. As noted, each German police field jacket offered by Keepshooting.com is an authentic piece of German military police surplus and makes an excellent choice for collections and real-world utility.

Though each German police field jacket appears to have seen issuance at one point or another, they remain in great condition. As such, they show little wear and are free from the typical rips, tears, stains and scents that are characteristic of previously issued military surplus clothing. If you are looking for a lightweight cotton field jacket for an unbelievably low price, then look no further than our German police field jackets.

Constructed from 100 percent baumwolle, or what we stateside like to call "cotton," the German police field jacket is a lightweight, olive drab field jacket suitable for layering and providing warmth during the autumn months. Featuring both a full-length hook-and-loop closure as well as snap fasteners, this field jacket is one that is capable of being bundled tightly so as to lock in the warmth. Each also boasts adjustable cuffs in addition to a number of other features that aid in the comfort of the wearer, including vented underarms. And if pockets are your forte, then the German police field jacket is primed to become your favorite. Each sports zippered chest pockets on the outside and buttoned pockets on the inside – not to mention the pen and pencil slots also found on the interior. Note, however, that overall style and pocket inclusions and locations with this jacket may vary.  As they were produced over a wide range of time, small variances exists among the jackets.

Reviews 7
Write Your Own Review
We found other products you might like!
More from German Army Surplus
Copyright © 2002-present United Defense LLC. All rights reserved.