As a relatively recent college graduate, I have had my fair share of experience with the word "experience." Apparently my college degree means nothing without a wealth of experience that was somehow supposed to be gathered at the exact times I was scheduled to be in class. If that sounds strangely impossible, that is because it is! My work with a huge national bank – useless. My yearlong internship with one of the biggest public school systems in the country – seemingly useless! But enough about that, we are not here to talk about me. We are here to talk about the Glock 22 – a pistol that carries quite the impressive résumé.

Bridging the gap between the Glock 17 and the Glock 21, the Glock 22 offers shooters a cartridge that provides more power than the acclaimed 9x19mm Parabellum while being more manageable than the .45 ACP. And despite being introduced in 1990, making it less experienced in life than me, it has all the experience with law enforcement agencies it needs and more to be lauded as a great.

The Glock 22 “safe action” pistol is a striker-fired, semi-automatic pistol that utilizes a short-recoil operation alongside Glock’s “safe action” system of three passive, independently operating safeties. The Glock 22 is chambered for .40 S&W and comes with two 15-round box magazines, a magazine loader and a plastic Glock carrying case.

All that is left to do is grab a Glock 22 and experience it for yourself. They are now available for $506. 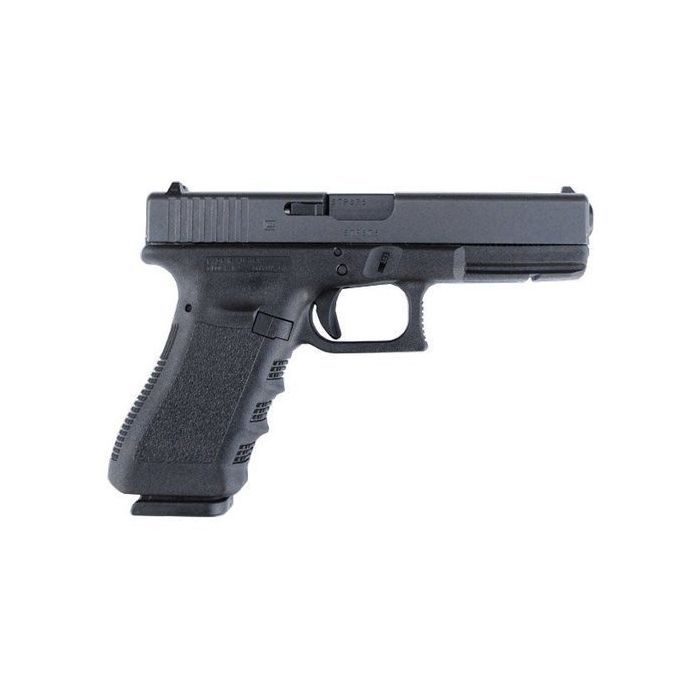 Whether you like it or not, Glock has a rich heritage that has launched the company into superstardom and allowed them to become the world's foremost pistol manufacturer. It probably has something to do with their reputation for high-quality pistols that are marked by their safety, reliability, accuracy and ease-of-use – all qualities that cannot be fairly contested and probably account for much of why approximately 65 percent of law enforcement agencies in the United States outfit their officers with Glocks. And as if that were not enough, Glock is also relied upon by a number of foreign national armed forces, law enforcement agencies and private security agencies worldwide. More often than not, law enforcement agencies choose the Glock 22.

As noted, the Glock 22 is a striker-fired, semi-automatic polymer pistol that is chambered in .40 S&W. The Glock 22 features a 4.49-inch barrel and an overall length of 8.03 inches. All other dimensions are identical to the original Glock 17. Weighing in at just 22.93 ounces, its light weight combines perfectly with an ergonomic shape that makes carrying the pistol extremely comfortable. The pistol has an effective range of 50m and features adjustable sights that consist of a ramped front sight and a notched rear sight, perfect for acquiring targets quickly and easily. As noted, each pistol comes with two 15-round box magazines.

If it is good enough for the coppers, it is probably good enough for you – however you plan on using it. And whether you are a civilian, military or law enforcement, the Glock 22 "safe action" pistol is a perfect choice for personal protection or official service. Consider the Glock 22 for:

Reviews 2
Write Your Own Review
Only registered users can write reviews. Please Sign in or create an account
Product Questions
Customer Questions
No Questions
We found other products you might like!
More from Glock
Copyright © 2002-present United Defense LLC. All rights reserved.