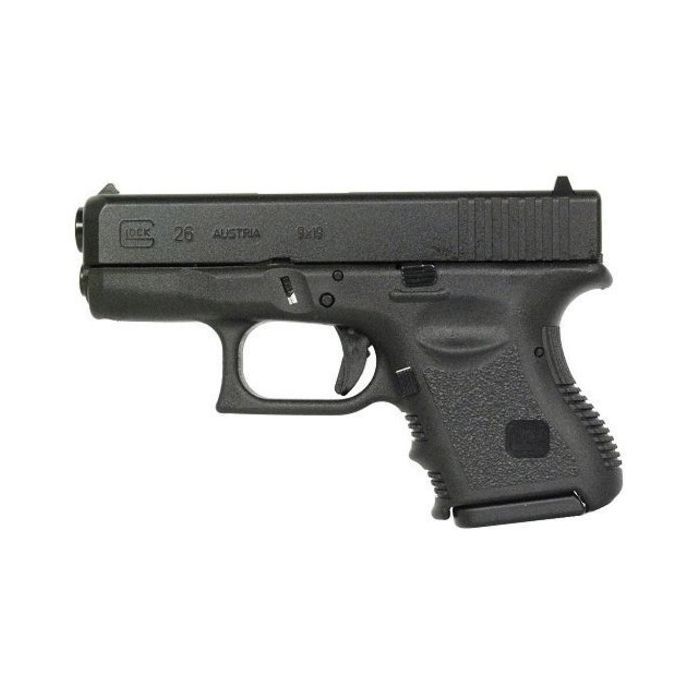 The Glock 26 "safe action" pistol is a striker-fired, semi-automatic pistol that utilizes a short-recoil operation alongside Glock's "safe action" system of three passive, independently-operating safeties. Its subcompact frame makes it a perfect choice for concealed carry, as does the fact that it is chambered for the widely used 9x19mm Parabellum cartridge. Each pistol includes two 10-round box magazines, a magazine loader and a plastic Glock carrying case.

Military and law enforcement officers the world over put their lives on the line every day, which requires a service pistol that is safe, reliable, accurate and easy to use. It should come as no surprise then that approximately 65 percent of law enforcement officers in the United States choose Glock, as those qualities are the hallmarks of the brand.

Glock, named after its founder Gaston Glock, is an Austrian-based arms manufacturer that dates back to 1963. Famous for its line of striker-fired polymer-framed pistols, Glock also manufactures a wide range of knives, entrenching tools and tactical apparel. As noted, Glock pistols are a favorite among domestic and foreign armed forces, law enforcement agencies and civilians – revered for their simplicity and dependability, among other things. Though the original Glock 17 debuted just 20 years ago, the name carries a strong reputation that is among the most trusted in its industry. With the Glock 26, the company was able to successfully build on that reputation.

As noted, the Glock 26 is a striker-fired, semi-automatic polymer pistol that is chambered for the 9x19mm Parabellum cartridge. The Glock 26 features a 3.43-inch barrel and an overall length of 6.54 inches. Weighing in at just 19 3/4 ounces unloaded, its light weight combines perfectly with an ergonomic shape that makes carrying this subcompact pistol a non-issue. A trigger pull of approximately 5 1/2 pounds is joined by a trigger travel of just half an inch to provide for an exceptional performance right out of the box. You may also be pleased to hear that the pistol has an effective range of 50 m, which is well over the typical range for self-defense, and also features adjustable sights that consist of a ramped front sight and a notched rear sight – perfect for acquiring targets quickly and easily. As noted, each pistol comes with two 10-round box magazines. 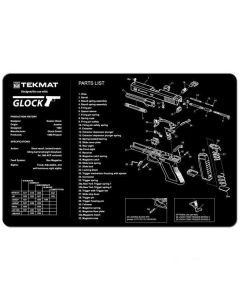 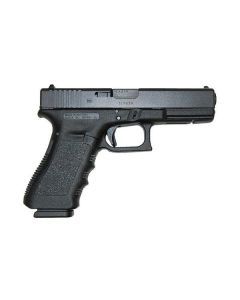 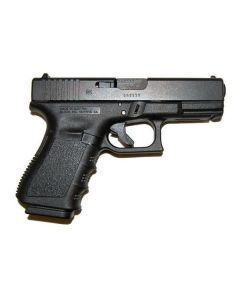 Overall Rating
Glock 26
Review by Eddie G 1/31/19
I love my Glock 26, carrying this weapon it's a non issue. The recoil is very good and you can acquire your target very easily after each shot. And I use the extended mag.
Overall Rating
Incredible
Review by Dylan 4/16/13
Beautiful weapon. Incredible capacity for as small as it is, It conceals well, shoots like a dream, and the recoil is not nearly as bad as you would expect. The grip is so small that most people have to curl their pinky under the magazine. If it really bothers you then buy a mag extension. And on that note, sine this is the smallest glock 9mm, it will take any glock 9mm magazine. Also the glock 50 round 9mm drum.