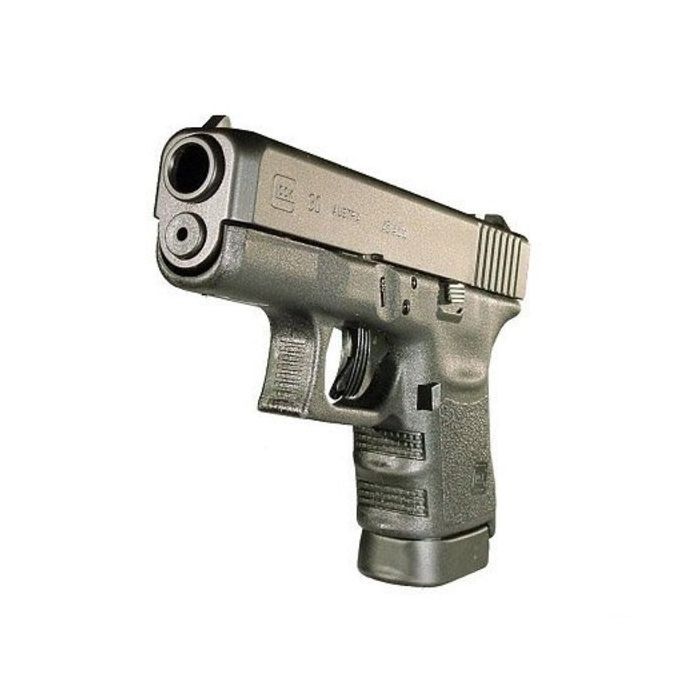 The Glock 30 "safe action" pistol is a striker-fired, semi-automatic pistol that utilizes a short-recoil operation alongside Glock's "safe action" system of three passive, independently-operating safeties. Its subcompact frame makes it a perfect choice for concealed carry, as does the fact that it is chambered for the powerful .45 ACP cartridge. Each pistol includes two 10-round box magazines, a magazine loader and a plastic Glock carrying case.

Military and law enforcement officers the world over put their lives on the line every day, which requires a service pistol that is safe, reliable, accurate and easy to use. It should come as no surprise then that approximately 65 percent of law enforcement officers in the United States choose Glock, as those qualities are the hallmarks of the brand.

Glock, named for its founder Gaston Glock, is an Austrian-based arms manufacturer that dates back to 1963. Famous for its line of striker-fired polymer-framed pistols, Glock also manufactures a wide range of knives, entrenching tools and tactical apparel. As noted, Glock pistols are a favorite among domestic and foreign armed forces, law enforcement agencies and civilians – revered for their simplicity and dependability, among other things. Though the original Glock 17 debuted just 20 years ago, the name carries a strong reputation that is among the most trusted in its industry. The Glock 30 builds on that reputation.

As noted, the Glock 30 is a striker-fired, semi-automatic polymer pistol that is chambered in .45 ACP. The Glock 30 features a 3.78-inch barrel and an overall length of 6.97 inches. Weighing in at just 23.99 ounces unloaded, its light weight combines perfectly with an ergonomic shape that makes carrying this subcompact pistol a non-issue. A trigger pull of approximately 5.5 pounds is joined by a trigger travel of just half an inch to provide for exceptional performance. The pistol has an effective range of 50m and features adjustable sights that consist of a ramped front sight and a notched rear sight, perfect for acquiring targets quickly and easily. As noted, each pistol comes with two 10-round box magazines.

While it may not be made of porcelain and you will not be able to sneak it through airport security, we are happy to report that the Glock 30 is most definitely affordable. And whether you are a civilian, military or law enforcement, this subcompact pistol is the perfect choice for concealed carry and personal protection. Consider the Glock 30 for: