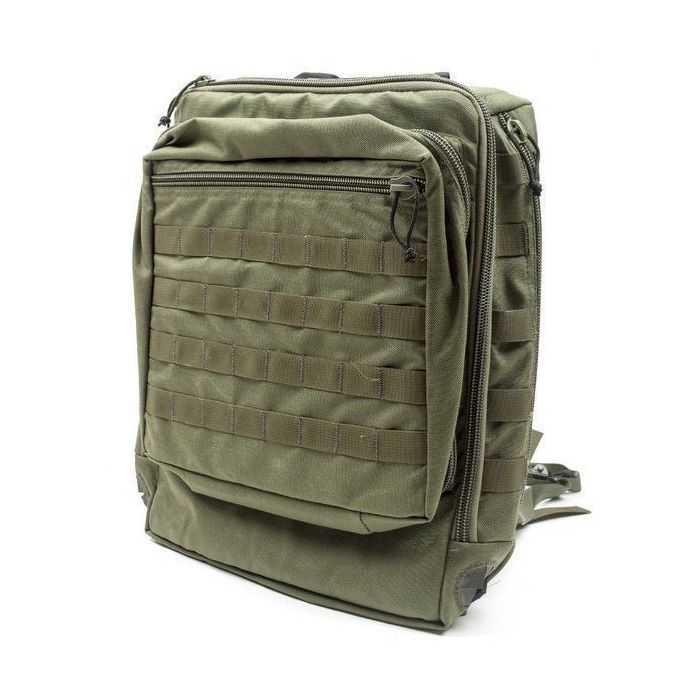 The Harris Falcon III Ranger Bag is a current issue US military special forces transport bag for the Harris Falcon Ranger III. While it may appear to be a standard tactical bag on the outside, the interior of this bag is clearly an advanced tactical backpack. Starting with the base behind the straps, which will protect and prevent the contents of the bag from bending or breaking your transported goods are in great hands. The integrated adjustable shoulder straps features some of the most robust padding we have ever seen which will help reduce fatigue when carrying a heavy load.

The interior of the pack is laid out well with the main compartment having four MOLLE type pouches inside that are closed with snaps. The center of the main compartment has three buckle straps that can be used to secure and tie down your radio gear or other important equipment. The sides of the pack have zippered pockets that are mesh lined to allow you to provide cooling air to your electronics that are running in the pack.There is an additional smaller compartment that has straps for secure storage and a quick access exterior zippered compartment below it.