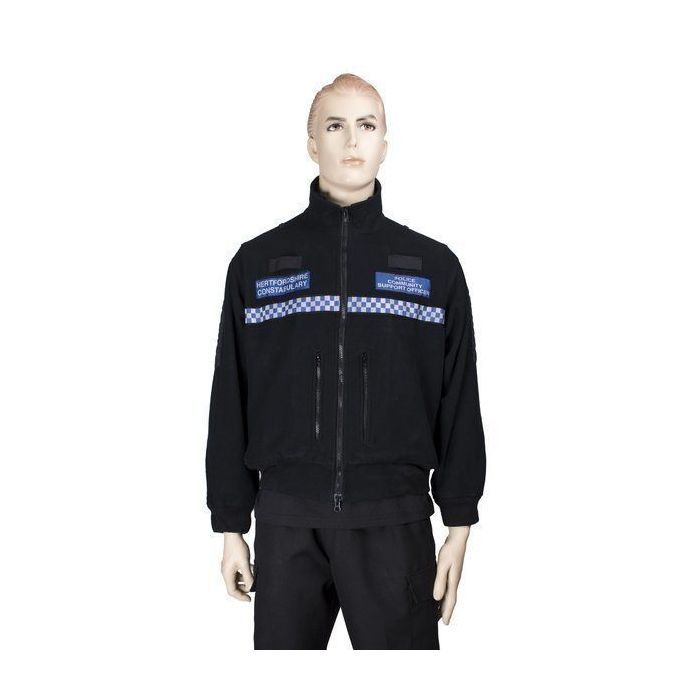 These black fleece jackets have been selected by the British Home Office as the standard police jacket for all counties and cities in the United Kingdom. There are some minor differences from county-to-county primarily the patches and police ranks. We found these Hertfordshire Constabulary jackets mixed with a large shipment and believe them to be rather rare. Collectors of police memorabilia will enjoy the opportunity to own one of these authentic British police jackets that is marked with the agency and rank of the officers who wore them.

Please Note: We will not export this jacket to any location outside of the United States. If you place an order from within the United States and we have reason to suspect you plan to export it, we will cancel the order. Your purchase of this sweater is your agreement that you will not export, cause it to be exported, or transfer it to any individual who plans to export it.