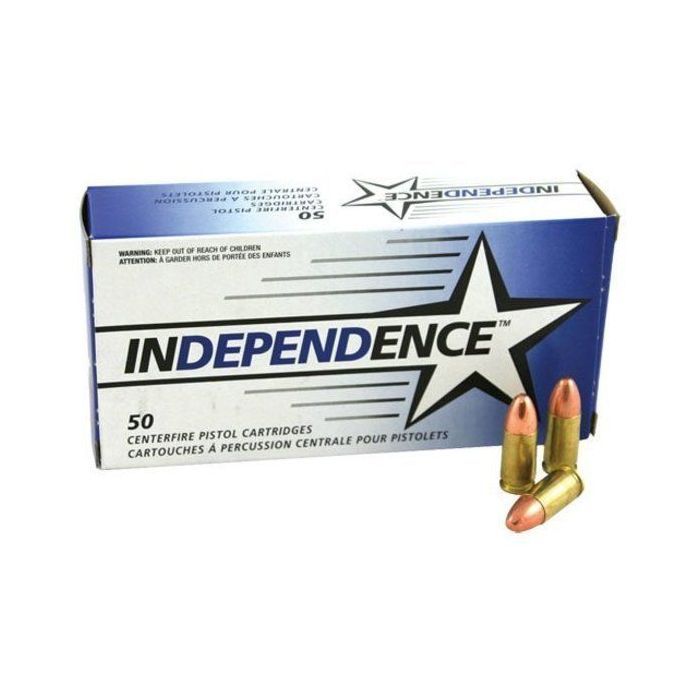 4.5 2 (2)
Independence is a word thrown around a lot these days. Typically, you hear it alongside words like "freedom" and "patriot." But does anyone really stop and think about what independence actually means? Not me, and I really do not want to start now. But I guess if I have to, it means doing what I want, when I want – provided it does not interfere with or harm anyone else. That is quite different from the language used by the founding fathers over 200 years ago. I guess I am pretty glad I can do that for the most part, even though technically I could do it in Canada, England or any number of other countries.

There seems to be some confusion as to who owns the Independence line of ammunition and where it is manufactured. Though this explanation may also be confusing, it should clear everything up. So pay attention.

The Independence line of ammunition is distributed by Cascade Cartridge, Inc., otherwise known as CCI. CCI is headquartered in Lewiston, Idaho, which explains the appearance of the location on every box of Independence ammunition. What you may not know, however, is that CCI is actually a subsidiary of Alliant Techsystems, the same corporation that owns the Federal Cartridge Company and several other high-profile ammunition manufacturers. Alliant Techsystems also happens to hold the contract for operating the Lake City Army Ammunition Plant (LCAAP) in Independence, Missouri – a government-owned, contractor-operated munitions facility that was originally established in 1941 for the manufacture and testing of small arms ammunition for the United States Army. It is there that Independence ammunition is manufactured. So you can rest assured that, as the box claims, Independence is manufactured in the United States.

That said each box of Independence 9mm Luger ammunition contains 50 non-corrosive, brass-cased cartridges. Each cartridge contains a 115gr full metal jacket bullet, which provides for increased muzzle velocities. These cartridges have been observed to travel at speeds in excess of 1,000 fps. All Independence ammunition is manufactured using fully-reloadable, newly-manufactured brass cases as well as non-corrosive primers.

Independence 9mm Luger ammunition is priced economically with the recreational shooter in mind. This provides for hours of shooting at a low price. Consider Independence ammunition for:

There are two variation of the 9mm cartridge. Typically, 9mm refers to 9mm Luger, or 9x19mm Parabellum. However, it is sometimes used to refer to 9mm Makarov, or 9x18mm Makarov. Do not be that guy that gets the wrong ammunition and spoils the fun for everyone.

Overall Rating
Good ammo
Review by Guy 5/1/13
Verified Buyer
Good ammo to get the job done.
Overall Rating
Similar to Winchester White Box or Remington UMC
Review by Jay 9/4/12
Verified Buyer
I have shot this ammo in the past, it is similar in my mind to Winchester White Box or Remington UMC. This ammo seems to be well made, and accurate enough for target practice. The powder in this ammo tends to be cleaner burning than what I found in Wolf brand ammo or Tula.