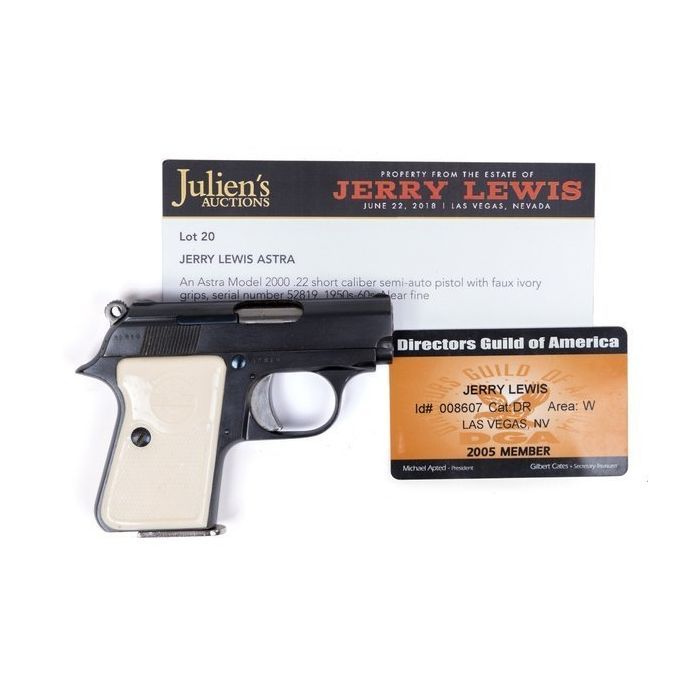 This very special Astra 2000 Cub comes from the estate auction of Hollywood Legend Jerry Lewis. Jerry Lewis was a passionate collector of firearms and was an accomplished handgunner for many decades. Now you can own one of Jerry Lewis' prized pistols, this particularly fine Astra 2000 Cub which Mr. Lewis owned since the early 1960s.

Notify me when this product is in stock
SKU JL-A2C

The Jerry Lewis Astra 2000 Cub is one of Hollywood Legend Jerry Lewis' prized pocket pistols. We acquired a select number of firearms from the estate sale, which included career mementos along with his prized gun collection. We've paid this Astra 2000 Cub with Jerry's 2005 Directors Guild of America card and have included the lot card from Julien's Auctions which shows the provenance of this Astra 2000 Cub. You'll proudly display this pistol along with the DGA card and paperwork, where it will remind you every time you see it that Hollywood was built by legends.