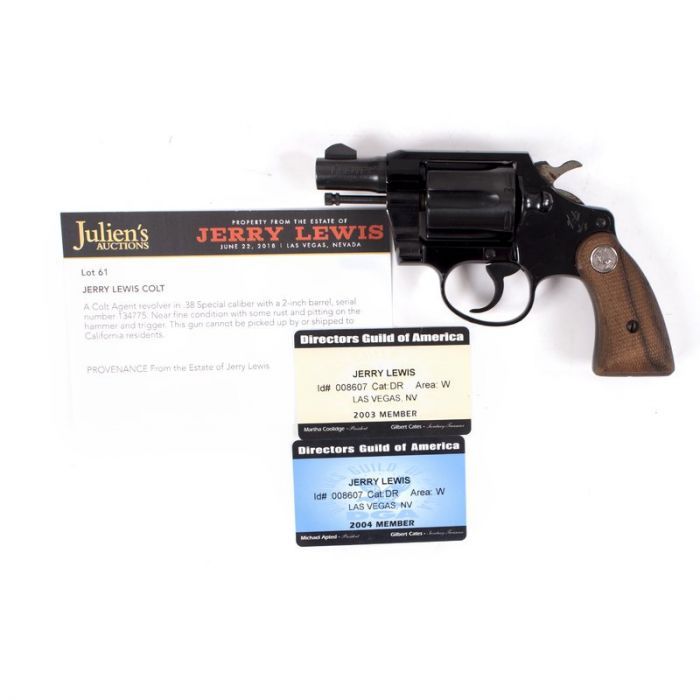 (0)
The Jerry Lewis Colt Agent Revolver is an authentic handgun from the personal collection of Hollywood Legend Jerry Lewis. Jerry Lewis was a passionate supporter of the right to keep and bear arms and was an accomplished marksman throughout his career. Based on the variety of guns that were sold as part of his estate, he had a real fondness for revolvers and enjoyed shooting this particular Colt Agent revolver.We've paired this iconic handgun with two additional pieces of Jerry Lewis memorabilia. You will receive Jerry Lewis's 2003 and 2004 Directors Guild of America membership cards along with the auction line card for this revolver from Julien's Auctions to complete the offering. Hollywood no longer has proud gun owners like Mr. Lewis and this revolver gives you the rare opportunity to own one of Jerry Lewis's prized firearms complete with documentation showing it came from Jerry's collection. 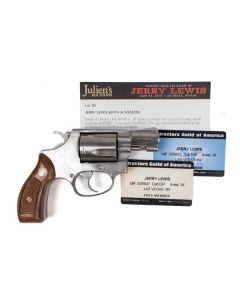 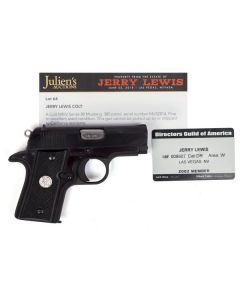 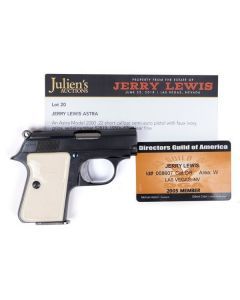