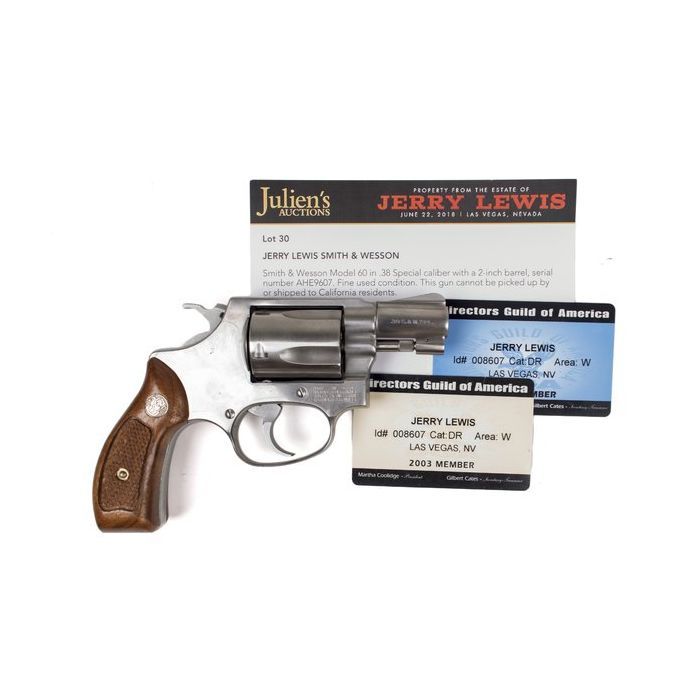 This Smith and Wesson Model 60 revolver comes from the personal collection of Hollywood Legend Jerry Lewis. Included with this revolver is the auction line card from the Jerry Lewis Estate Auction and Jerry Lewis's 2003 and 2004 Directors Guild of America membership cards.

Notify me when this product is in stock
SKU JL-SWM60

The Jerry Lewis Model 60 Revolver is a fine example of the type of firearms Hollywood Legend Jerry Lewis was passionate about. One look at the entire collection and you will see Jerry Lewis was a fan of pocket pistols and high quality revolvers like this Smith and Wesson Model 60. This no doubt was due to Jerry Lewis being a big believer in carrying a concealed handgun for protection when he was out and about - including an unfortunate incident where he was arrested at an airport for carrying.