The Kel-Tec P-3AT is a semi-automatic, locked breech pistol that utilizes a short-recoil operation and is chambered in .380 ACP. It is also the lightest .380 ACP production pistol in the world, which makes it an ideal choice as a police backup or a concealed carry pistol. Pretty cool. But it is not as cool as this particular model's chrome-plated slide, which provides for all of the aforementioned benefits of chrome plating. Additionally, each pistol comes with a single 6-round magazines for a "6+1" capacity. 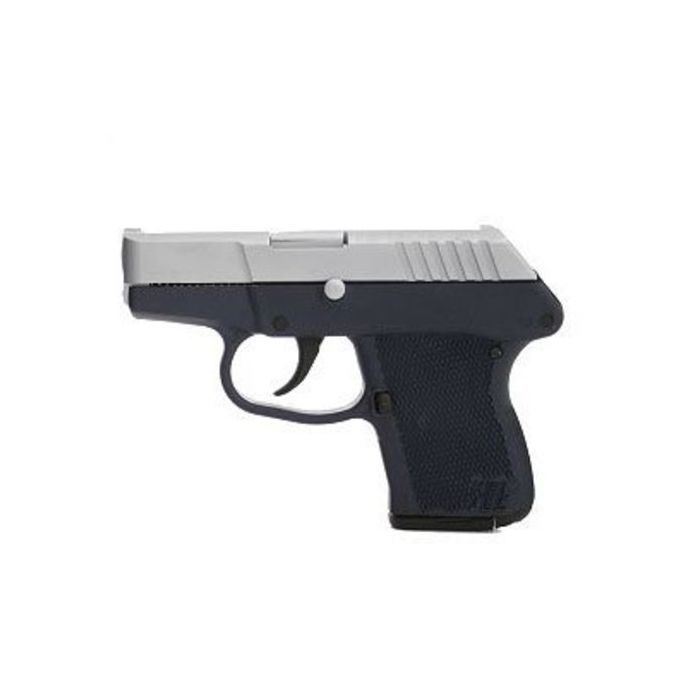 Kel-Tec CNC Industries, Inc., which has headquarters in Cocoa, Florida, was founded in 1991. It was not until 1995 that the company began producing firearms. Originally, the company was a Computer Numerical Control (CNC) machine shop. Eventually, they used their CNC tooling for the manufacture of several semi-automatic handguns before branching out into rifles and shotguns as well. Today, the company specializes in innovative designs that are often geared toward law enforcement officers and the concealed carry community. Kel-Tec is now one of the top five handgun manufacturers in the United States and one of the largest firearms manufacturers in the world.

One of the company's owners, George Kellgren, is also the company's chief engineer. Kellgren is a Swedish-born firearms designer that is known for his work with Husqvarna and Swedish Interdynamics AB. One of his most famous designs is the Intratec TEC-DC9, more commonly known at the TEC-9. In addition to several other handguns for Kel-Tec, Kellgren designed the Kel-Tec P-3AT.

The Kel-Tec P-3AT is a semi-automatic, locked-breech pistol that utilizes a short-recoil operation and is chambered in .380 ACP. Its development was based on one of Kel-Tec's earlier models, the Kel-Tec P-32. The production of the P-3AT is enhanced by the use of the aforementioned CNC manufacturing techniques, which are used to produce the five major components of the pistol, which include the barrel, slide, firing mechanism, grip and magazine. Materials used in manufacturing the pistol include 4140 steel for both the barrel and the slide, 7075-T6 aluminum for the firing mechanism and DuPont ST-8018 polymer for the grip. The pistol features a 2.7-inch barrel and an overall length of 5.2 inches while weighing in at just 8.3 ounces, making it the lightest .380 ACP production pistol in the world. These dimensions make the P-3AT easily manageable by men and women of all sizes and perfect for concealed carry. As noted, the pistol is chambered in .380 ACP and comes with a single 6-round magazine. Other features include a notched rear sight and a trigger pull of just 5 pounds.

When it comes to lightweight pocket pistols, the Kel-Tec P-3AT reigns supreme. Keep your Kahrs, Rugers and Tauruses. Better yet, get rid of them altogether and pick up a P-3AT. It is the perfect choice for:

Reviews 1
Write Your Own Review
Product Questions
Customer Questions
No Questions
We found other products you might like!
Copyright © 2002-present United Defense LLC. All rights reserved.