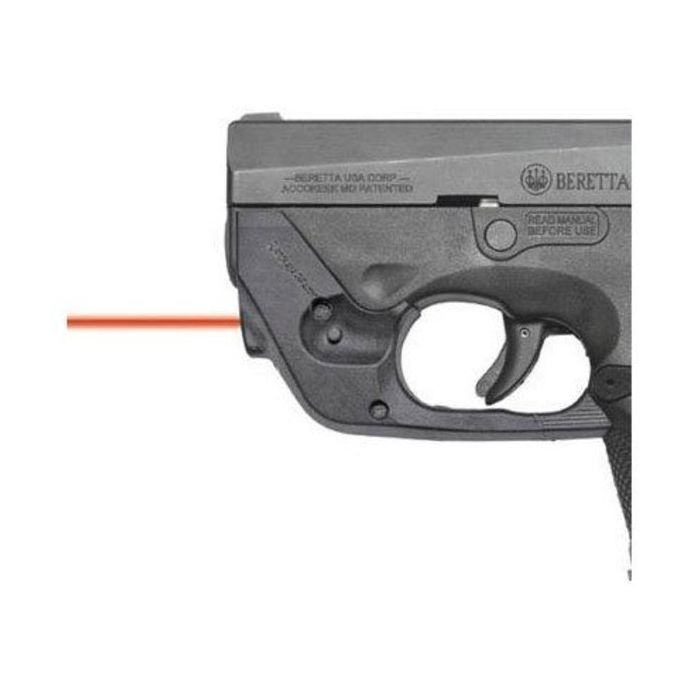 (0)
The LaserMax® Centerfire Nano is a modular laser sighting device designed specifically for use with the Beretta Nano. No rail? No problem! This laser sighting device is designed to be mounted to the frame of the pistol in minutes without extra parts or alterations to the firearm. Whether you are looking for a tactical training device or a high-quality laser suitable for personal defense, the LaserMax® Centerfire Nano is sure to please.

For over 20 years, LaserMax has been a company that specializes in the design and manufacture of high-tech laser diode modules. With headquarters in Rochester, New York, LaserMax serves several distinct markets with industrial and scientific lasers that are known the world over for their precision and reliability. In fact, their award-winning designs are not only used by military forces and law enforcement agencies throughout the world, they have even flown in several United States Space Shuttle missions. With a rugged reputation like that, it is no wonder that those who are serious about concealed carry and personal protection trust their lives to LaserMax® lasers.

The LaserMax® Centerfire Nano laser is a modular laser sighting device that is designed as a sighting aid and intended for use with the Beretta Nano. This innovative micro laser, which is contained within an ergonomic and aesthetically-pleasing housing made from a tough, impact-resistant polymer, boasts a power output of five mW and a wavelength of 650 nm. Powered by a single 1/3N 3V lithium battery, this laser features over four hours of continuous use. Its low profile, which appears to be an extension of the pistol itself, blends wonderfully with the contours of the firearm while also offering ambidextrous controls, distinct on/off capabilities, full point-of-aim adjustment and exceptional sight retention.

It is also worth mentioning that each laser offered by LaserMax®, including the LaserMax® Centerfire Nano, is backed by the company's limited warranty, which protects against manufacturer's defects. For more information regarding the warranty, consult your instruction manual or visit the company website.