One of the most important spare parts for the Makarov Pistol is an extra firing pin. With no Makarov pistols being produced today, it is essential to have a supply of spare parts that tend to break like the firing pin. 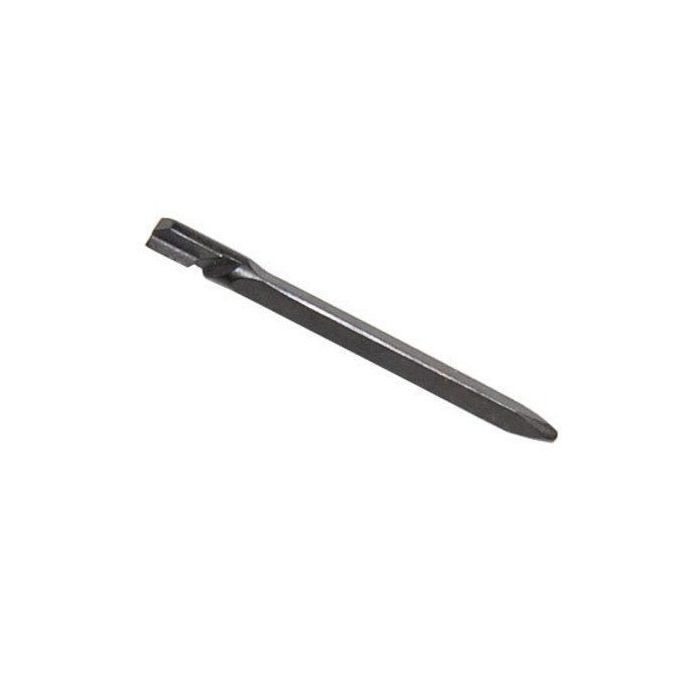 The Makarov firing pin, which is located within the rear of the slide of the Makarov and adjacent the hammer, is an unissued surplus firing pin. It is secured via the Makarov safety.

In any pistol that utilizes a hammer as opposed to a striker-firing system, the firing pin is one of the most vital components. The firing pin is responsible for striking the cartridge primer, thus completing the firing sequence. This is achieved after the trigger is pulled, which acts on the sear and releases a spring-loaded hammer. The hammer then falls on the firing pin, which allows it to strike the primer. As noted, the Makarov firing pin is a free-floating firing pin. Despite its simplicity, it is absolutely necessary for the proper function of the Makarov pistol.

Spare and replacement parts are an important consideration when it comes to firearms. Like any machine, firearms rely on a series of parts to function properly, especially all components that impact the firing sequence. In general, if a part breaks or fails, a repair or replacement becomes immediately necessary – not only to keep a firearm functioning properly but also to ensure the safety of yourself and those around you.

Reviews 1
Write Your Own Review
We found other products you might like!
More from
Copyright © 2002-present United Defense LLC. All rights reserved.