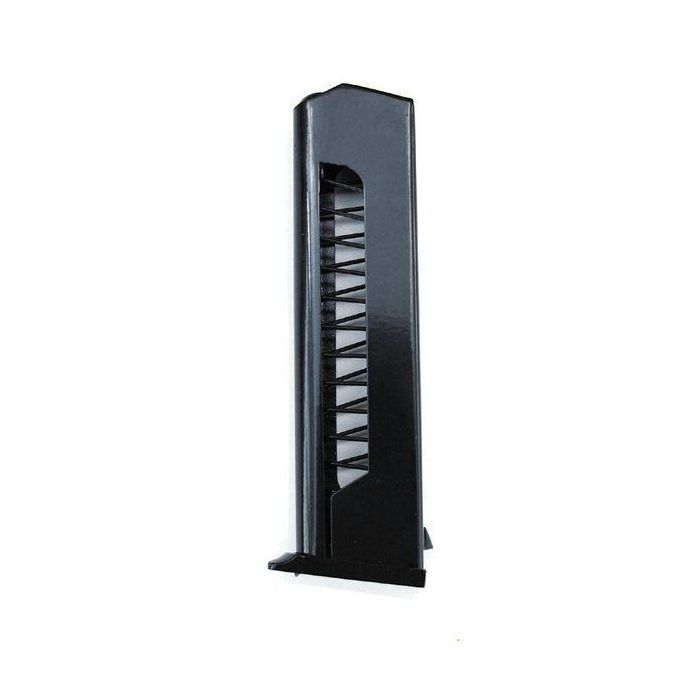 Quality
Price
Value
Needs work.
Review by Mark 1/4/14
I purchased 3 of these mags having read the mostly positive reviews. I have purchased other Keepshooting mags for the Sig Mosquito and the Walther P22 and was very pleased with the quality and function. The Makarov mags not so much. The first problem I noticed right out of the box was the floor plates are loose. This is due to the magazine being made of thinner steel than the factory original mags. The quick fix is to slightly bend the lips on the bottom of the mag to tighten up the gap in the floor plate. The second problem is the slide stop tab on the side of the mag sticks out too far and will drag in your mag well. This needs to be filed down to the factory specs for proper function. Third problem is the feed lips are bent to almost 90 degrees. You need to bend these to match you factory mag angle. Fourth problem is the magazine is not cut deep enough where the bullet meets the pistols feed ramp. This is an easy fix with a file or dremel. Problem number 5 is the biggie. The magazine catch/release tab on the back of the mag is too high. This causes the mag to sit too low in the pistol. This causes poor feeding because of the increased angle on the feed ramp and only slightly pushed up the slide stop after the last round is fired. I haven't been able to come up with a fix for this problem yet. Maybe KS can correct this on the next batch? I hope this helps. I have been a Mak fan for 20 years and own 5. I have 2 Russian, 2 Bulgarian and 1 German so I am quite familiar with Maks and any issues they may have.
Value
Quality
Price
Rough, But Worth an Effort
Review by Jeff 5/14/13
Purchased two of these and they do have good consistency of quality - unfinished. They both exhibit the same deficiencies as others have mentioned. Be prepared to rework an item into functionality. Mostly of concern are the loading tab's interference and the catch in the wrong place. The 5 stars part is for the price, and given that they are recoverable with some effort, the item is well worth the price. Just please be careful.
Quality
Price
Value
Excellent mags
Review by Guy 5/1/13
These mags are in tip top shape for lots of shooting and normal carry, highly recommend and would buy again.
Value
Quality
Price
Needs work to function, but some flaws cannot be worked out.
Review by Shooter 4/26/13
I bought a handful of these for a Bulgarian Makarov.

First thing that I noticed, is that they created a lot of friction when being inserted into the magazine well. I noticed that some magazines would produce so much friction at this tab, that they would fail to cycle, as the follower would be jammed in the middle of the mag due to the tab grinding it to a halt. This is due to the follower having too long of a tab that pushes the slide stop up. The solution to excessive friction was to file down that tab to make it as long as the factory original.

Second thing that I noticed, is that the magazines will sometimes fail to chamber a round on the first round. This is because of the front of the magazine feed lip is higher than the originals. This created a ton of friction on the top round, and on the following rounds as well. I was able to easily remove rounds from the factory magazine, while these new ones would need a LOT of force to remove by hand. The solution to this, is to file the front of the magazine where the rounds pass over.

I noticed that these magazines only pushed the slide stop half way up. They would sometimes make the slide fail to lock open after the last round because of this. This has no solution that I am aware of, as you would need to add some material to make the tab push the slide stop all the way up.

Then I compared these mags with the factory ones, and noticed that the little notch for the magazine release was in a different spot as well. This could have contributed to the failure to lock the slide back.

These magazines are junk when used in the standard Makarov (Bulgarian in this case, which is identical to the Russian military model). I would not trust my life with them, and I would not trust them to be at the range.

The ONLY reason why I gave these a value of 2 stars, is because I was able to take the springs out of them, and put one in the original factory magazine. Perhaps the flood plates interchange as well. Hopefully, the springs are of better quality than the rest of these mags.
Price
Value
Quality
finish is quite rough -
Review by phil 4/23/13
Compare to the S&W 69 magazine I received from KeepShooting this magazine is quite rough. Barely fits into the mag well and will absolutely will not drop free.

The spring on the clips seems to be very strong, much stronger than the magazine that came with my gun.

Value
Quality
Price
Flawless performance after first 2 mags...
Review by Rick R. 12/16/12
I would say these magazines are perfect. I have over 600 rounds through the four I got since receiving them.

The only issue I had was it seemed like there was a break in period for the first two mag cycles. The first two times it took racking the slide to get the first round to chamber on a full magazine. After firing two full clips of ammo, this has not happened again on any of the magazines.

Price
Value
Quality
Bought 2 about a year ago..
Review by chris 11/29/12
Bought 2 about a year ago.. Kept loaded for six months. no misfires, and have 300 rounds apiece. Great Product. Great Company!
Quality
Price
Value
Just like the original
Review by Brent 8/8/12
The magazine functions as well as my original Bulgarian Makarov magazine. Thanks, it is a good value!!
Value
Quality
Price
Very good
Review by Robert 2/7/12
Using 2 of these in a modified hi-cap. Works well.
My only complaint is the painted finish, which scratches up easily. Not a big problem, when it get bad enough, I'll strip and blue them.

I would buy again. Mak mags used to be everywhere, now its a challenge finding any.
Quality
Price
Value
use in high-cap makarov OK!
Review by brad s. 10/12/11
Magazine works flawlessly in my IJ70-AH high cap pistol. There's a little slop in the magwell, which is normal when using a standard mag in the high cap Makarov. Locks the slide back every time!
Quality
Price
Value
near flawless
Review by ruskie mak 9/12/11
After running roughly 100 rounds through my Russian IJ-70, the mag feeds perfectly, inserts more smooth than my mil-surp mag, and even survived the "get it full of sand and dirt and see if she still works" test.
My only complaint is that I've noticed that the slide doesn't lock back with this magazine, upon inspection and comparison with my mil-surp mag, it seems the follower on this magazine seems to be more rounded. Doesn't seem to have the sharp drop in front that the factory one does. Maybe a bit of filing will perfect this otherwise near flawless magazine.
Quality
Price
Value
How could you go wrong?
Review by survivalist27 8/30/11
I have bought one of these magazines so far and was just on this page to purchase my next 2. I have an IMEZ Makarov (military surplus) and couldn't find extra magazines ANYWHERE. I found these guys on gunbroker.com and came to check out there website which i love. The magazine is sturdy as a mofo and it even comes with an extra spring which made me happy. The magazine is very hard to load the first time due to the strength of the spring but after leaving it loaded in the case for the last month and a half it has loosened a bit. The one thing that worried me at first was the spring being to snug to the side of the magazine for it to push the rounds up but after loading it and emptying it about 5 times and then using some hoppe's lubricant it works and operates beautifully. Would definitely recommend them.
Quality
Price
Value
excellent
Review by yourfns 5/26/11
Why did I buy all those other mags from other sources. Fit and function are perfect plus they come with an extra power spring. Cant wait to get the 45 acp mag. The only downside is they don't make mags for every gun on the market. PLEASE make some for the CZ 50/70!
Quality
Price
Value
Works great, good price!
Review by Mak Owner 4/6/11
I have a Bulgy Makarov and these magazines work flawlessly. Not a single failure of any sort so far, about 100 rds in. They're also cheaper than used milsurp magazines for the same gun, which is awesome. Highly recommend!
Quality
Price
Value
Works perfect in my East German
Review by CA Makguy 3/25/11
This magazine works perfectly in my East German. Have shot at least 500rds through it. Locks the slide back on the last round and it inserts east into the gun.

Looks like a Wolf spring in here, so I'm sure this will outlast my mil-surp mag springs.