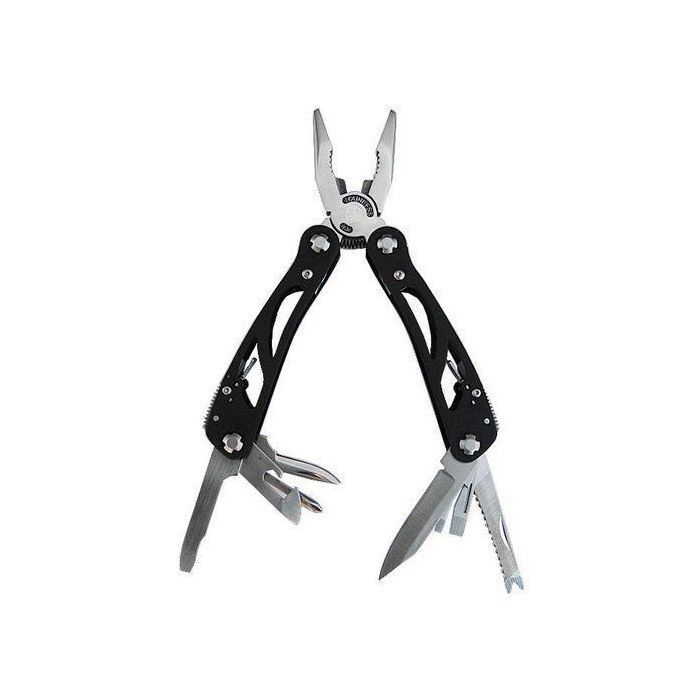 5 6 (6)
The multi-tool, better known by its generic trademark "Leatherman," is a single tool that combines the function of a multitude of tools. It is like someone dumped a toolbox into a blender and the result was a single ingenious tool rather than a trip to the emergency room. Now you can experience the magic of the multi tool with the new Mil-Tec multi tool from Keepshooting.com. The Mil-Tec multi tool is everything you would expect from a multi tool. Combining a slew of tools in one sturdy frame, the Mil-Tec multi tool is sure to help you MacGyver your way out of any sticky situation.

As noted, a multi tool is any tool that combines several tools or functions into one single handheld unit. The idea of the multi tool is believed to date back to Ancient Rome, where the citizens used multi tools for eating. Of course, they would have looked very different from what we know as multi tools today.

The Swiss army knife is actually considered a multi tool and is one of the earliest contemporary designs. Today, many people associate the term multi tool with its generic trademark, "Leatherman." The Leatherman® was a multi tool originally developed in 1984 by Tim Leatherman. This model, unlike the Swiss army knife, incorporated a set of pliers in a balisong-style housing. Now, the market is flooded with similar designs, including the Mil-Tec multi tool.

Best of all, it is small enough to slip easily into a pocket. If you are not the pocket-having type, never fear. The Mil-Tec multi tool includes a mildew-resistant nylon sheath to house the multi tool. The sheath features a closure flap that is secured via Velcro® (another generic trademark) and a 2.75-inch belt loop.

So next time you decide to get marooned on a deserted island, make sure you remember to grab your Mil-Tec multi tool. It will make surviving the ordeal much easier considering you will probably not have a pallet for of duct tape at your disposal. 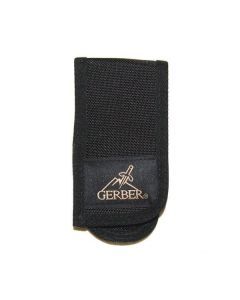 Overall Rating
Good buy
Review by Keith 9/10/15
Verified Buyer
This is a nice multi tool, it feels sturdy and I get the impression it will hold up for a quite a while. I agree with others that the saw is more of a fish scaler, but that's a minor complaint. It opens nicely and just has a good overall feel to it, the weight and everything. For this price you certainly can't go wrong, glad I got one
Overall Rating
Large Mil-Tec Multi Tool
Review by John 6/4/14
Verified Buyer
Mil-Tec Multi Tool, what can I say, I agree with the Review by Philip, the "fish scalier" is really a dull saw, I sharpened it and now it scales fish and saws. I would not use it for large logs, but it will work in a pinch. The multi tool is made well as stated before and the knife blade will need more sharpening if you want to shave with it, but it can get the job done as is. I bought two of these and use one as my backup in my BOB. It is worth the money I may get another.
Overall Rating
Steal at this price.
Review by Philip 5/17/14
Verified Buyer
I am comparing to my Gerber suspension, which it appears to be a copy of. It is about 1/4" longer in the handles, but it has a rubber coating to improve grip, so it's not as slippery as the Gerber. However blades & tools do not lock. Spring tension for the pliers is from and exposed spring underneath, which might be a failure point. All blades & tools are of good thick stainless, comparable to the Gerber.