Here is a fun fact for you: Mossberg is actually an American firearms manufacturer. Before taking the time to look it up, I was always under the impression that it was a Swedish company. And just because I like you, here is another fact, on the house: the official name of the company is O.F. Mossberg & Sons – named for its founder Oscar Frederick Mossberg and his two sons. I could go on and on about the history and background of Mossberg, but neither of us wants that. What I am actually here to tell you is surely far more interesting.

While the cat is officially out of the bag (I made an official announcement just over a week ago on our blog), it seems appropriate to offer a reminder to those who may have forgotten – and those who are still in the dark. This Mossberg talk exists for one reason and one reason only. As of SHOT Show 2012, Keepshooting.com is an official Mossberg stocking dealer, which means a couple different things. It means we have committed to stocking approximately 30 of Mossberg’s finest rifles and shotguns. Not only that, but we will have exclusive opportunities to check out new products as they are released. Finally, our commitment means that we will be getting these firearms at excellent prices and will, as always, pass those savings on to you.

Enough about logistics, we both want to get to the first rifle that came out of this deal – the Mossberg 100 ATR rifle. An excellent alternative to the costly Remington 700, the Mossberg 100 ATR rifle is a bolt-action rifle chambered in .308 Winchester that is perfect for hunting. Other features include a 22-inch barrel, Mossberg’s patented “Lightning Bolt Action” trigger system and an internal magazine with a “4+1” capacity.

End your search for a new hunting rifle today with the Mossberg 100 ATR rifle – available now for only $311.37. 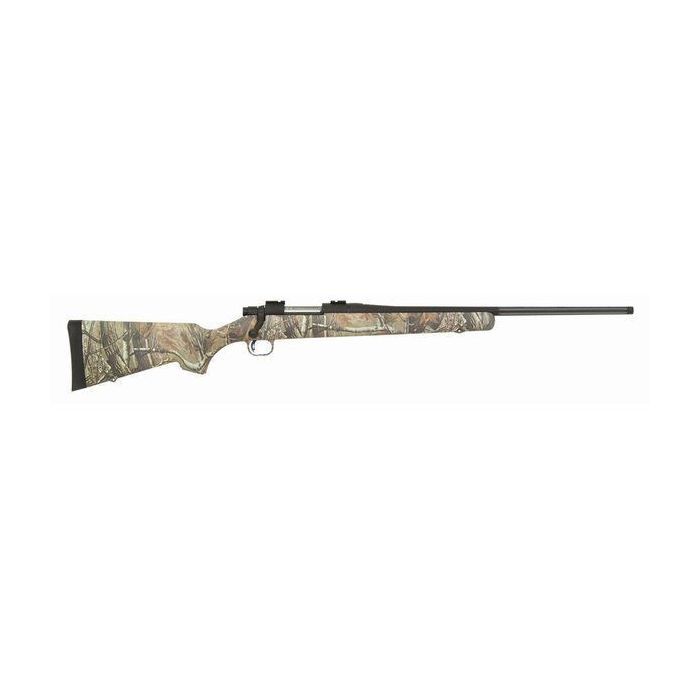 I think it would be a fair assumption to make that when many people hear the word “Mossberg,” they immediately think of shotguns. While Mossberg does produce a number of high-quality shotguns, such as the Mossberg 500 series, they are also in the business of producing excellent rifles with the modern sportsman in mind.

Though I am not a big fan of hunting, the practice seems to grow and grow with every passing year. And while I am not too qualified to speak on the subject, one thing I can say with some certainty is that every great hunter needs a great rifle. As with most things, a higher price tag does not necessarily get you a higher quality product. The Mossberg 100 ATR rifle is not only a superb hunting rifle, but it is also very affordable.

Typical of most modern hunting rifles, the Mossberg 100 ATR is a bolt-action rifle. With this type of action, the bolt is operated manually by the shooter between each discharge. Using a small handle connected to the bolt, the shooter will unlock the bolt and retract it, which will consequently eject a spent cartridge case. Provided that there are additional cartridges in the magazine, pushing the bolt forward and locking it down will reload the chamber and ready the rifle for firing. Pretty simple stuff when you consider some of the more involved actions found in modern automatic and semi-automatic rifles. And since I decided to make the comparison to the Remington 700 once already, I will do so again regarding the action. To be quite honest, the action on the 100 ATR seems to be a bit smoother than that found on the 700.

The Mossberg 100 ATR rifle has an overall length of 42 inches and, as noted, a 22-inch barrel (1:10 twist rate). The barrel is fluted, which does wonders bringing down the total weight of the rifle – a very manageable 6.75 pounds. The barrel, as well as all other non-stock components, features a matte blue finish. Speaking of the stock, the 100 ATR ships with a synthetic stock with a length of pull that measures 13.25 inches. You may also be pleased to find out that this stock has been printed with the Realtree AP® camouflage pattern – a proven hunting camouflage pattern. Unlike the Remington 700, the ATR 100 comes equipped with iron sights as well as pre-installed rails, which makes mounting optics very simple. As previously mentioned, the 100 ATR is chambered in .308 Winchester, one of the world’s most popular hunting cartridges and the model for the 7.62x51mm NATO cartridge.

Whether you plan on hunting big game for years to come or you just want a great rifle to take down to the range, the Mossberg 100 ATR rifle is definitely worthy of a look or two. Consider the 100 ATR for any of the following: