The Mossberg 500 Thunder Ranch is a 12-gauge, pump-action shotgun that features an 18.5-inch "Stand-off" barrel (more on that later) and a tri-rail fore-end that makes mounting tactical accessories very simple. Each shotgun comes with an adjustable padded sling. Even more amazing than the aforementioned features, though, is the price. 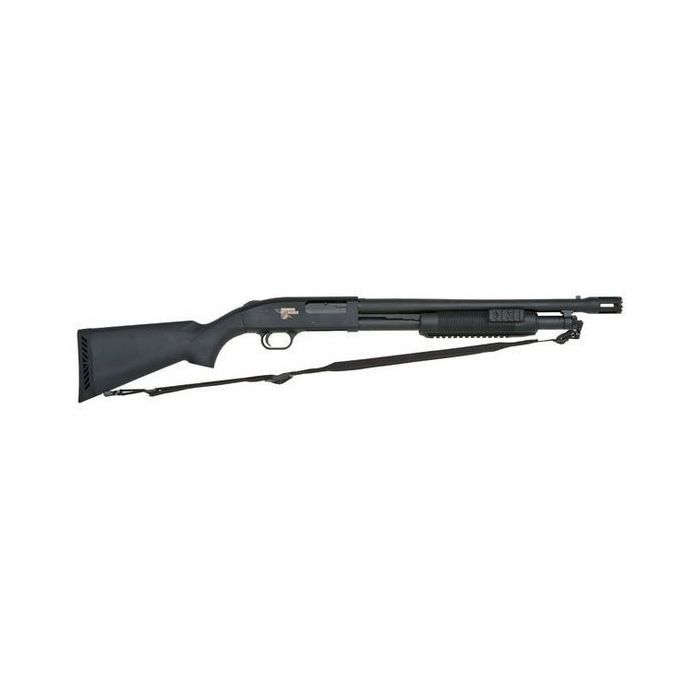 As noted, the Mossberg 500 Thunder Ranch is a special edition shotgun that is worthy of a look or two. At the heart of the shotgun lays the legendary Mossberg 500 receiver. With origins that date back to the 1960s, the Mossberg 500 series is a series of shotguns that represents a range of varying hammerless, pump-action shotguns, all of which feature the same receiver. Variations were generally found in the barrel length, bore size, choke options, capacity, sights and stock/fore-end materials. The 500 series has always been marketed as multi-purpose shotguns designed for use in less-than-favorable conditions. As such, all Mossberg 500s feature interchangeable barrels, which provides for a number of different configurations that can quickly turn a 500 into a field gun, a slug gun, a defensive gun or a sport gun. Additionally, they are all easily disassembled to allow for easy cleaning and simple maintenance. The versatility of the line has even earned it a spot with military forces the world over.

As noted, the Mossberg 500 Thunder Ranch is a 12-gauge, pump-action shotgun. It features a 3-inch chamber as well as a magazine tube that boasts 6-shot capacity when using 2.75-inch shotshells. The shotgun also features an 18.5-inch barrel. Previously, I mentioned that this shotgun comes equipped with Mossberg's "Stand-off" barrel. This barrel is a breaching barrel and is designed as a pressure relief system for breaching operations in which a traditional shotgun barrel would not suffice. Easily manageable, the Thunder Ranch weighs in at just under 7 pounds and has an overall length of 37 inches thanks to its shortened synthetic stock, which boasts a length of pull measuring 12.75 inches. Other features include an ambidextrous thumb safety, a fiber-optic front sight and a fore-end equipped with three MIL-STD 1913 rails, which provide you with the ability to mount lights, lasers, grips and other tactical equipment. The icing on the cake is the engraving of the Thunder Ranch logo on the side of the receiver.

In keeping with today's lack of flashy writing, I will not tack on a comical sales pitch to the end to the description. Besides, the Mossberg 500 Thunder Ranch speaks for itself. Consider the Thunder Ranch for: