Whoever said basic is boring is, in fact, boring themselves. Basic is good. Basic is what existed before modern was ruined with fancy bells and whistles. How about a few examples?

As much as I hate the New York Yankees, their basic pinstriped uniform is a classic. It is also probably the most stylish uniform in all of Major League Baseball. Is it a coincidence that their uniform is so basic? I think not. I mean, just take a look at the Tampa Bay Rays' fake throwback uniforms from 1979. Not basic and not pretty.

Coffee is also best kept basic. When I step into a coffee shop, I want a coffee or a cappuccino. I do not want a Mocha Frappuccino with whipped cream, caramel, a shot of this or a shot of that.

It does not come as a surprise that when Mossberg was designing their new Mossberg 500SP Cruiser, they kept its design pretty basic, which provided for an excellent shotgun worthy of yoru consideration.

The Mossberg 500SP Cruiser is a 12-gauge, pump-action shotgun with an 18.5-inch barrel and a pistol grip. It has the proven Mil-Spec performance you expect from the Mossberg 500 series and a tube magazine that provides a 6-shot capacity. Perfectly tailored for home defense and sport shooting, this shotgun seeks to put basic back on the map. 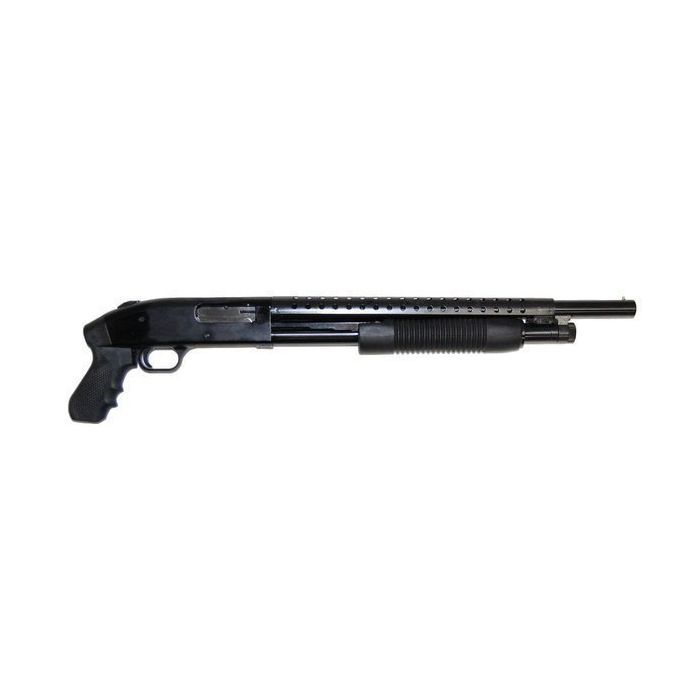 We here at Keepshooting.com believe in the Mossberg brand. As such we have chosen to become an official Mossberg stocking dealer, which means a couple of different things. It means we have committed to stocking approximately 30 of Mossberg’s finest rifles and shotguns. Not only that, but we will have exclusive opportunities to check out new products as they are released. Finally, our commitment means that we will be getting these firearms at excellent prices and will, as always, pass those savings on to you. Many of those firearms are currently on sale in our web store – the Mossberg 500SP Cruiser is just the next in a long line of fine Mossberg products.

The Mossberg 500SP Cruiser is a 12-gauge, pump-action shotgun that features an 18.5-inch barrel, an overall length of 28.75 inches and a synthetic pistol grip and fore-end. At the heart of the shotgun lays the legendary Mossberg 500 receiver, which provides both a smooth action and proven Mil-Spec performance. Its 3-inch chamber is joined by a magazine tube with a 6-shot capacity – more than enough shells for your needs. You may also be pleased to hear that the shotgun is easily manageable, weighing it at just 5.75 pounds, and is compact enough for use in confined spaces. Other features include a bead front sight and an ambidextrous tang safety. Most interesting, however, is the inclusion of a factory-installed heat shield on the barrel, which serves to vent the heat coming from the barrel and protect your hands from possible extreme temperatures.

Any time you have the opportunity to go back to the basics, you should seize it. Start today by picking up the Mossberg 500SP Cruiser. Consider this shotgun for: