The Mossberg MVP™ Predator is the world's first magazine-fed, bolt-action rifle chambered for the 5.56x45mm NATO cartridge that readily accepts AR-15 magazines. Featuring an 18 1/2 inch fluted bull barrel, the Mossberg MVP™ Predator pairs a crisp bolt action with the company's patented "Lightning Bolt Action" adjustable trigger system for a rifle that is ideal for small game hunting and long-range target shooting. This particular model ships with a laminate sporter stock, though configurations do exist with a laminate bench rest stock. Each rifle ships with a single 10-round magazine, two Weaver-style scope base mounts and a firearm lock. 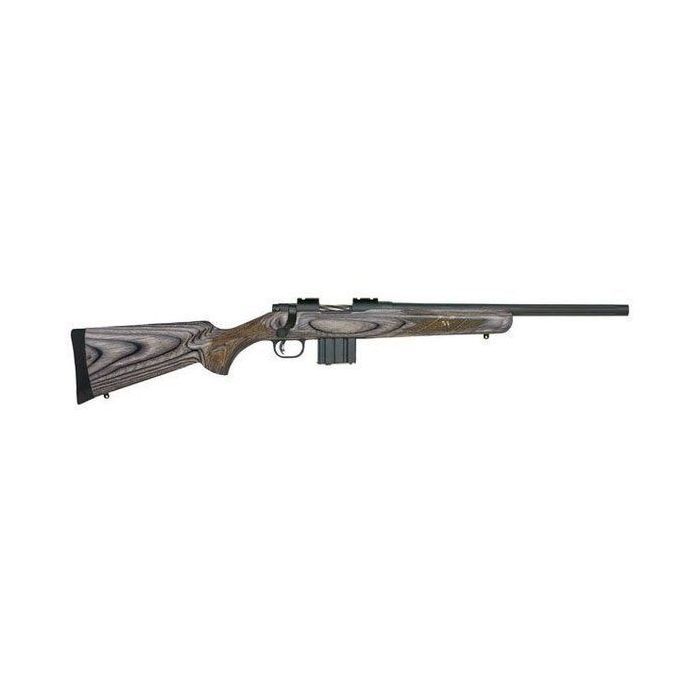 We here at Keepshooting.com believe in the Mossberg brand. As such we have chosen to become an official Mossberg stocking dealer, which means a couple of different things. It means we have committed to stocking a wide variety of Mossberg’s finest rifles and shotguns. Not only that, but we will have exclusive opportunities to check out new products as they are released. Finally, our commitment means that we will be getting these firearms at excellent prices and will, as always, pass those savings on to you. Many of those firearms are currently on sale in our web store – the Mossberg MVP™ Predator is just the next in a long line of fine Mossberg products.

Typical of most modern hunting rifles, the Mossberg MVP™ Predator is a bolt-action rifle. With this type of action, the bolt is operated manually by the shooter between each discharge. Using a small handle connected to the bolt, the shooter will unlock the bolt and retract it, which will consequently eject a spent cartridge case. Provided there are additional cartridges in the magazine, pushing the bolt forward and locking it down will reload the chamber and ready the rifle for firing. Pretty simple stuff when you consider some of the more involved actions found in modern automatic and semi-automatic rifles – especially the direct impingement system characteristic of the AR-15.

The Mossberg MVP™ Predator rifle has an overall length of 37 1/2 inches and, as noted, an 18 1/2 inch bull barrel (1:9 inch twist). The fluted barrel and lightweight receiver boast a matte blued finish and do wonders bringing down the total weight of the rifle – a very manageable seven pounds. The Mossberg MVP™ Predator also ships with a laminate sporter stock and a length of pull that measures 13 1/4 inches. As for sights, the Predator ships with two factory-installed Weaver-style scope mount bases, which make mounting optics very simple. As noted, the Predator is chambered for the 5.56x45mm NATO or .223 Remington cartridges and ships with one 10-round magazine. Luckily, it will accept any AR-15 magazine you may already have around the house.