The Mossberg SA-20™ Tactical shotgun features a 20-inch blued barrel alongside an overall length of 39 1/2 inches. In place of a pump action, it pairs a unique self-regulating gas system with a generous "5+1" shell capacity for a unique piece that is capable of doing everything from bagging elusive game to protecting your loved ones. Like other models in Mossberg's autoloading series, this 20-gauge shotgun features a three-inch chamber and a wealth of other practical features, like its receiver-mounted MIL-STD 1913 rail and its ghost ring rear sight. You may also be pleased to hear that the Mossberg SA-20™ Tactical ships with a free gun lock and a one-year limited warranty. 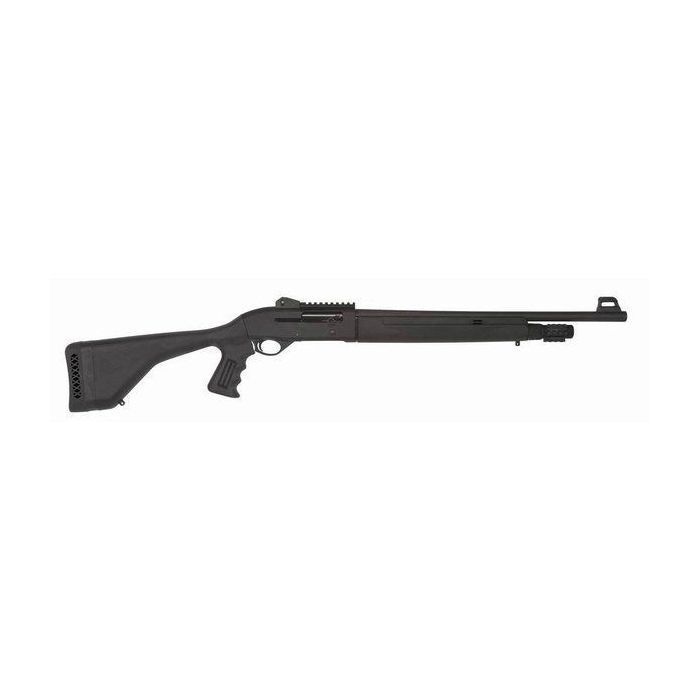 We here at Keepshooting.com believe in the Mossberg brand. As such we have chosen to become an official Mossberg stocking dealer, which means a couple of different things. It means we have committed to stocking a wide variety of Mossberg’s finest rifles and shotguns. Not only that, but we will also have exclusive opportunities to check out new products as they are released. Finally, our commitment means that we will be getting these firearms at excellent prices and will, as always, pass those savings on to you. Many of those firearms are currently on sale in our web store. Today, we add the Mossberg SA-20™ Tactical to a long line of fine products.

Hailing from Mossberg's extensive line of autoloading shotguns, the Mossberg SA-20™ Tactical offers lightweight pointability and a smooth, dependable action that makes it a perfect choice for everything from hunting to home defense.

As noted, the Mossberg SA-20™ Tactical is a 20-gauge autoloading shotgun with a 20-inch barrel that sports blued finish alongside an overall length of 39 1/2 inches. The shortened magazine tube, which provides for a five-shell capacity and an overall capacity of six with one shell in the chamber, joins a sleek barrel profile for a comfortable balance. Like the 500/590 platform, the SA-20™ Tactical features an aircraft-grade aluminum construction that gives the shotgun its light weight of just 5 3/4 pounds. Other features include an ambidextrous thumb safety, receiver-mounted MIL-STD 1913 rail alongside a ghost ring rear sight, a fiber-optic front sight, a comfortable pistol grip and a synthetic fore-end.

The Mossberg SA-20™ Tactical is an excellent choice for: