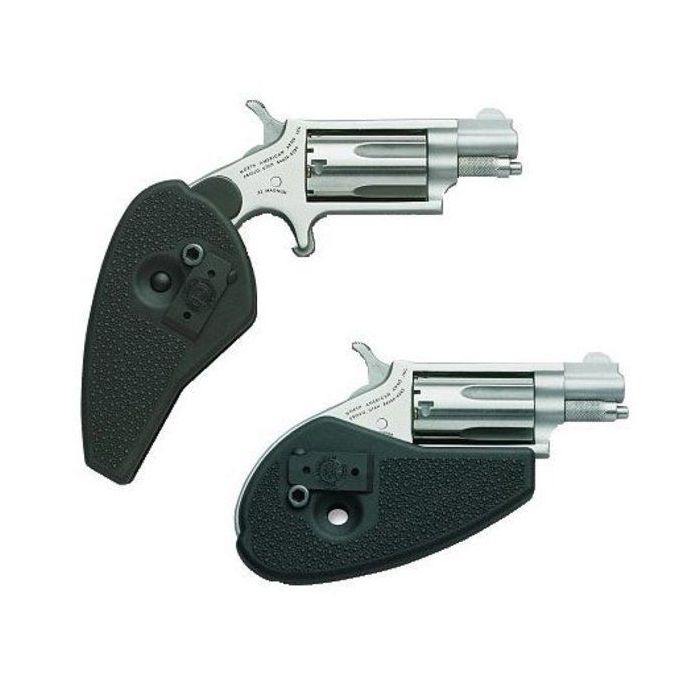 4 1 (1)
For more than 20 years, North American Arms has been designing and manufacturing an extensive line of mini revolvers. And boy have they become quite the popular little firearm – so popular in fact, they have appeared in several big-budget Hollywood movies. The tiny five-shot revolver features a crisp single-action trigger mechanism and an inventive folding holster grip.

Convenient, reliable and effective are the three words that North American Arms uses to describe its products, which include a full line of semi-automatic pistols and mini revolvers that are catered specifically to the concealed carry market. Founded by owner Sandy Chisholm in 1971 as Rocky Mountain Arms, the company, which finds its headquarters in Provo, Utah, soon changed their name to North American Arms just prior to becoming a staple in the personal protection industry. With over 40 years of experience and hundreds of thousands of satisfied customers, North American Arms seeks to expand their line and customer base with the new North American Arms mini magnum revolver, one of their iconic mini revolvers that truly embody the company's promises of convenience, reliability and effectiveness.

As a mini revolver, the North American Arms mini magnum revolver features a 1 5/8 inch barrel and an overall length of 5 1/4 inches. Of course, the weight of the revolver is also noteworthy. At just 6.2 ounces when unloaded, the combination of its light weight and miniscule frame provide for a revolver that is largely unnoticeable when carrying. Featuring a smooth single-action spur trigger, the North American Arms mini magnum revolver boasts a light trigger pull and a surprisingly crisp performance right out of the box. The most noteworthy feature, however, is the folding holster grip, which doubles as both a holster and a full-size grip and includes a pocket clip for easy carrying. As noted, this five-shot mini revolver is chambered for the .22 Magnum cartridge. 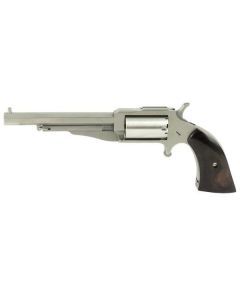 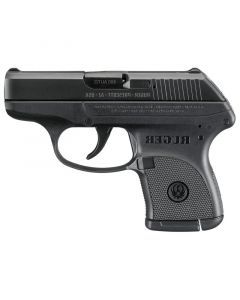 Overall Rating
Love the grip on the Mini Magnum
Review by Rich 2/11/13
Verified Buyer
I took the rubber grip off of my NAA Black Widow which is a much nicer looking and easier to load mini pistol and put the folding grips from my MiniMag on it for to me what is the ultimate concealable mini pistol with the folding "lockback" style grip with pocket clip. In addition to the Taurus 1911 I carry the mini inmy left pocket and you really cant tell what it is. Up close, 5 rounds of .22 Magnum will ruin any bad guys day. I looking to put wood grips on my polished Mini Mag pistol.