The North American Arms Sheriff is one of the company's miniscule mini revolvers from their popular "1860s" series. This tiny single-action mini revolver boasts a five-shot cylinder alongside its 1860s-style octagonal barrel that is all but guaranteed to make you feel like the toughest sheriff this side of the Mississippi. Chambered for the small but effective .22 Magnum cartridge, the Sheriff makes a great choice for plinking and concealed carry alike. 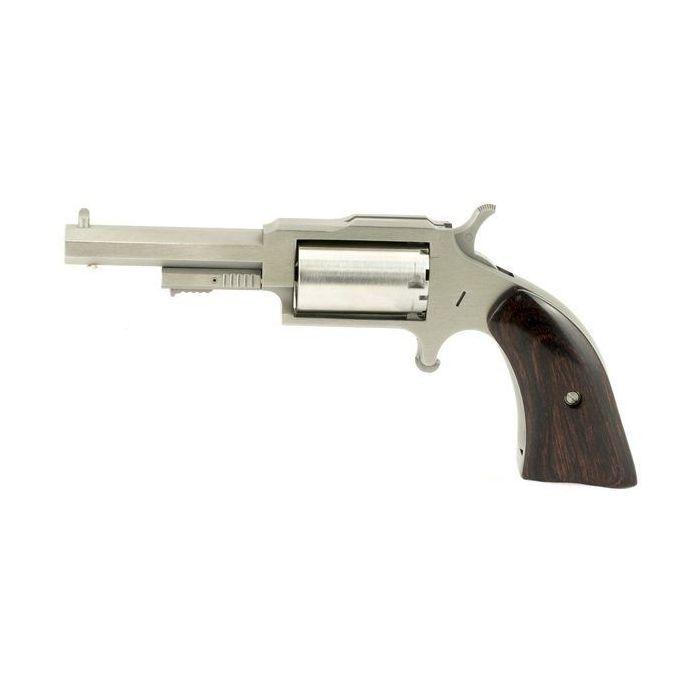 Convenient, reliable and effective are the three words that North American Arms uses to describe its products, which include a full line of semi-automatic pistols and mini revolvers that are catered specifically to the concealed carry market. Founded by owner Sandy Chisholm in 1971 as Rocky Mountain Arms, the company, which finds its headquarters in Provo, Utah, soon changed their name to North American Arms just prior to becoming a staple in the personal protection industry. With over 40 years of experience and hundreds of thousands of satisfied customers, North American Arms seeks to expand their line and customer base with the new North American Arms Sheriff, one of their iconic mini revolvers that truly embody the company's promises of convenience, reliability and effectiveness.

Hailing from the "1860s" series of North American Arms' extensive line of mini revolvers, the North American Arms Sheriff boasts a design that includes a heavy octagonal barrel and a beautiful wood grip that will take you all the way back to the mid-19th century. The Sheriff, which is built on the frame of the popular "Earl," sports a 2 1/2 inch barrel alongside an overall length of 6 1/4 inches. Of course, the weight of the revolver is also quite noteworthy. At just 7.3 ounces when unloaded, the Sheriff's unique combination of light weight and miniscule dimensions make this plinker a worthy companion for concealed carry. Featuring a smooth single-action spur trigger, the North American Arms Sheriff boasts a light trigger pull and a surprisingly crisp performance right out of the box. Additionally, like all North American Arms mini revolvers, the Sheriff utilizes a halfway notch cylinder, which allows the hammer to rest safely and securely, removing the possibility of an accidental discharge. As noted, the Sheriff features a five-shot cylinder that is chambered for the .22 Magnum cartridge.

With the North American Arms Sheriff in hand, the only thing you will be missing is a badge and a worn pair of cowboy boots. We cannot help you with the latter, but the former is an excellent choice for: