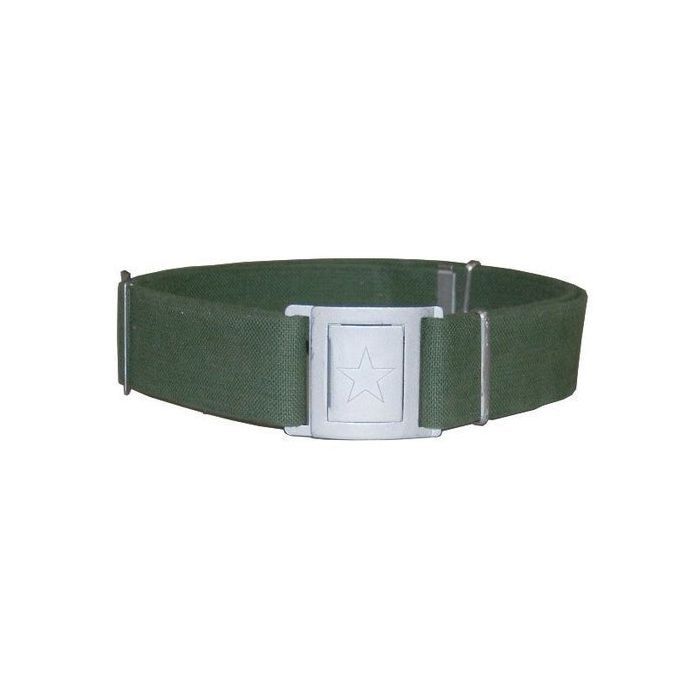 The North Vietnamese Army Officer's Belt is an authentic belt that was manufactured to be issued to officers in the North Vietnamese Army. Constructed from olive drab canvas and featuring a metal buckle with the Viet Cong star, this belt would have been worn by officers who were leading forces against the South Vietnamese. Now this authentic piece of Vietnam War history is available for sale at a price everyone can afford.

The NVA officer’s belt is a belt that was originally worn by officers in the Vietnam People’s Army (North Vietnamese Army) as part of their uniform. It is a simple webbed belt made from a tough, olive drab canvas and includes an aluminum interlocking belt buckle. The buckle, as pictured, has a star etched into its face, which serves to represent the star found on the flag of the Vietnam People’s Army.

This style of belt would have been worn by all officers who were active in the North Vietnamese Army during the time we were fighting on behalf of South Vietnam in what is commonly known as the Vietnam War. During the fighting, various other nations provided material support and assistance to each side. The North Vietnamese Army received most of their assistance from the Soviet Union and Communist China, which explains why this NVA Officer's Belt is very similar in design to the PLA Officers belts of the same era. 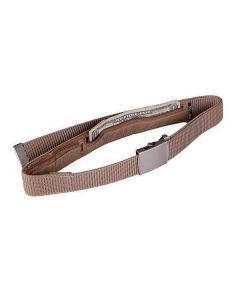 Overall Rating
Looks Legit To Me
Review by That Guy 12/1/20
I've been studying examples of these same belts on several collectors of NVA & VC gear websites and this thing appears to be the unissued real deal. These things were a prized piece of "bring back" gear by US soldiers back in the day during the war. In the movie Platoon, Sgt. Barnes (Tom Berenger) is wearing one just like it when he gets shot at the end by Charlie Sheen's character Chris Taylor. Anyway, glad to get an iconic NOS piece of Cold War history at such a great price. Thanks!
Overall Rating
made well
Review by Brandon 4/4/14
Its a cool edition to my Collection of Military items I just wish I knew more about it as the sticker on it looks new and says made in China on buckle which makes me think it might be a reproduction (buckle) but repro or original. Its still a good edition to my military collection :)
Overall Rating
Very well made
Review by Flo 6/18/12
When I received my belt in the mail it was in perfect condition and is very strong. It can also fit anybody and is easy to take off, if need be.