Based on the SSh-40 helmet, the Polish M50 helmet is a steel service helmet worn by Polish troops in an attempt to ward off the devastating effects of enemy attacks. These authentic military surplus helmets are great for everything from display and reenactments. 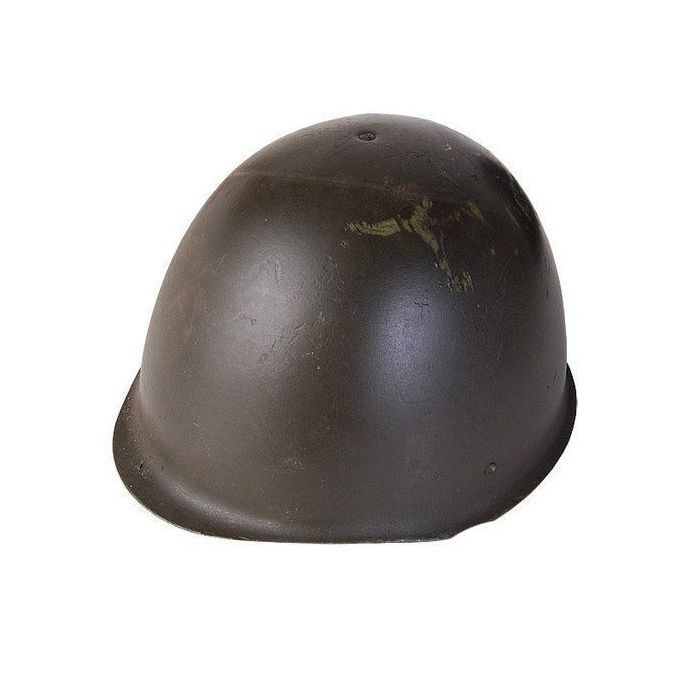 As noted, each Polish M50 helmet offered by Keepshooting.com is an authentic Polish military surplus item. These steel helmets were once standard-issue service helmets and were originally designed for and issued to members of the Polish land forces, which is one of the four service branches that makes up the Siły Zbrojne Rzeczypospolitej Polskiej, or the armed forced of the Republic of Poland. Interestingly enough, these helmets were often reissued to members of the Iraqi armed forces prior to their development of the Iraqi M80 helmet. Today, they can even be found in limited use with the Afghan national army.

Despite the likelihood that each of these helmets was at one point issued, each remains in good condition and ready for display, reenactment or a range of other applications. As such, each helmet is in good working and cosmetic condition, though the steel shells do show some signs of wear and storage. Similarly, the liners are still serviceable, though worn.

The Polish M50 helmet features an outer shell with a steel construction and a years-old coat of olive drab paint that has remained intact throughout its long life. The original leather liner also remains intact and is mounted to the outer shell via a single crown screw. Understand that this helmet, originally manufactured in the mid-20th century, does not feature modern materials and technology. As such, the original six-point leather liner is crudely adjusted by way of a cotton drawstring that provides for an adjustable fit. Similarly the leather chinstrap remains and is also fully adjustable for a number of different configurations.

If the design of the Polish M50 helmet is familiar, you may be surprised to hear that the outer shell was based on that of the SSh-40, sold here at Keepshooting.com as the Russian M40 helmet.

It is time for the Polish M50 helmet to get handed down once more – this time to you. Pull the trigger on this opportunity to own a unique piece of Polish military history. Consider this helmet for:

Reviews 16
Write Your Own Review
Only registered users can write reviews. Please Sign in or create an account
Product Questions
Customer Questions
No Questions
We found other products you might like!
More from Polish Army Surplus
Copyright © 2002-present United Defense LLC. All rights reserved.