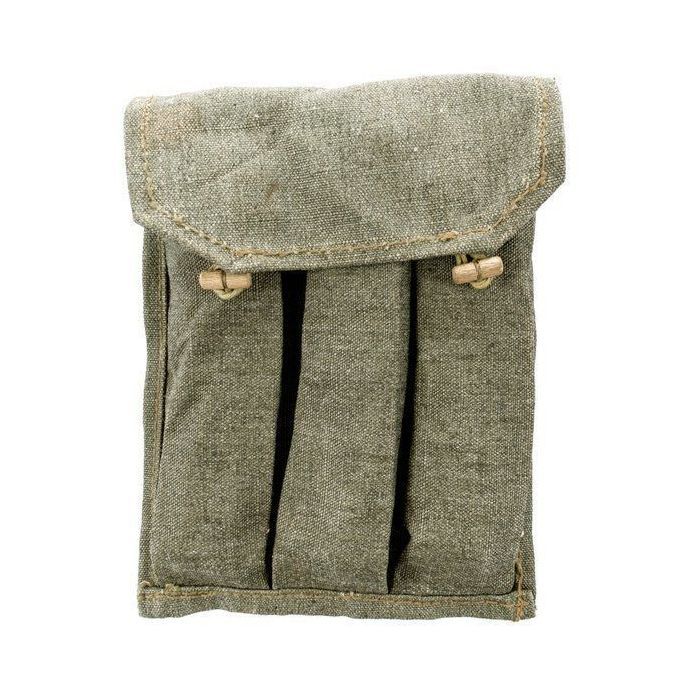 The PPS-43 Magazine Pouch is a military surplus magazine pouch from Poland. Designed to hold three 30-round magazines for the PPS-43 sub-machine gun which was chambered in 7.62x25. This magazine pouch was constructed at a time when Poland was aligned with the Soviet Union through the Warsaw Pact and mass produced the PPS-43 for use in their own armed forces.

The PPS-43 was the final variant of the infamous PPS sub-machine gun. With use in the armed forces of virtually all Warsaw Pact nations, the PPS-43 is one of the most widely issued sub-machine guns in the world. Improvements were made to the PPS-42 to allow the manufacturing of the PPS-43 to be more efficient and the resulting sub-machine gun more light weight and reliable.