With the new Primos Alpha Dogg™ electronic call, hunting is as simple as the push of a few buttons and relaxing the afternoon away. With the inclusion of 75 pre-programmed sounds and six complete Expert Hunts™ – more on that later – game will be flocking to you like white on rice. Of course, that only scratched the surface of what this baby can do. For the full scoop, read on. 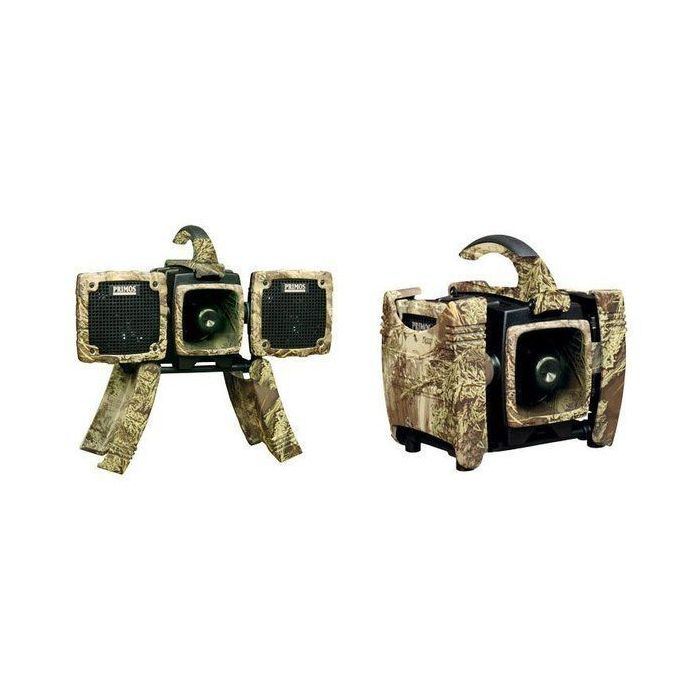 Originally founded by Will Primos in the early 1980s, Primos Hunting is a company renowned for its hunting calls and outdoor sporting equipment. Headquartered in Flora, Mississippi, Primos Hunting today staffs over 120 employees, each of whom works to design, promote and sell the company's line of over 620 products, which includes everything from hunting calls and scent control to hunting videos, software and mobile applications. One of the company's most advanced products is the new Primos Alpha Dogg™ electronic call.

Cited by Primos Hunting as the apex of predator calling technology, the Primos Alpha Dogg™ electronic call is an electronic game call designed to mimic a litany of authentic game sounds to attract or drive game to hunters. Preloaded with 75 sounds and six complete Expert Hunts™, which allow users to play the personalized calls of Randy Anderson and other Primos Hunting team members, the Alpha Dogg™ packs everything needed to become a master caller into one portable system.

Joining the pre-programmed calls, which are arranged in an easy-to-navigate playlist menu that is organized by species, is a rugged speaker case that houses the most powerful "no distortion" speaker system available in such a product. This rotating directional speaker system can be adjusted to cover up to 180 degrees, and incorporates two large cone speakers as well as a forward-facing horn speaker powered by dual 25 watt digital amps.

Control is also a breeze using the included remote, which includes an easy-to-read, 2 1/2 inch, full-color LCD screen that can be operated using one hand up to 200 meters away. As noted, sounds are arranged in an easy-to-navigate playlist organized by species, such as: coyote, fox, bobcat, deer, elk, and much more. Of course, this only begins to describe the staggering number of features included with the Alpha Dogg™.